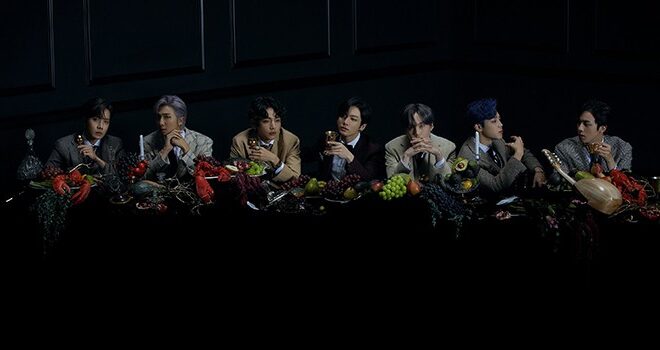 The musical works of the Big Hit Entertainment group will be analyzed by Dr. Murray Stein.

The boys at BTS are about to reveal new surprises to everyone who has questions about the story that wraps them up with this book.

BTS has always been inspired by the work literary and psychological several writers and classical thinkers, entire discography , lyrics and musical concepts of the band formed by J-Hope, RM, Jimin, Jin, Suga V and Jungkook have a very interesting background .

BTS has taken many terms created by Swiss psychiatrist and psychologist Carl Gustav Jung, who has studied Murray Stein and which BTS has applied in his most recent albums, such as’ the outside world ‘,’ ego ‘,’ person ‘,’ shadow ‘,’ anima and anumus’, ‘complexes’ and’ perception ‘, which are some components that are part of the ‘ Map of the soul ‘.

Thanks to him growing interest in fans in the functioning and enigmas of the human psyche, Dr. Murray Stein along with Steven Buser and Leonard Cruz have co-written volumes 1, 2 and 3 of the book ‘Map of the Soul: 7, Persona , Shadow and Ego ‘, inspired by the work of BTS .

‘Map of the Soul: 7, Persona, Sombra y Ego’ will cover topics like the meaning of number 7 in BTS’s musical work , reflections on the lyrics of the album ‘Map of the Soul: 7’, Jung, the true self, person and your identity.

The BTS guys recently confessed their deepest and most intimate feelings in the first episode of Break The Silence, the new docuserie starring the 7 idols, by J-Hope, RM, Jimin, Jin, Suga V, and Jungkook.

The First Covid-19 Case Occurred in Italy, Not China