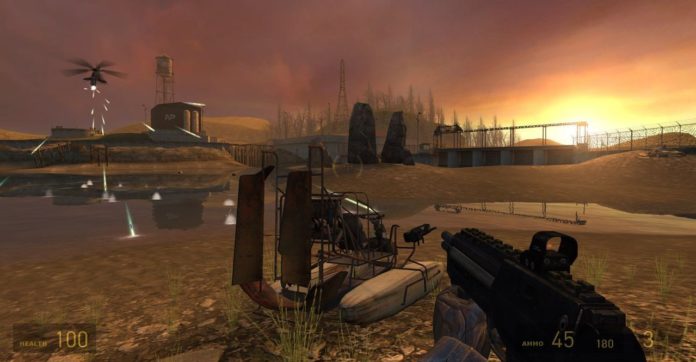 An independent game mode developer has moved a map of Half-Life: 2 to Half Life: Alyx. Saying that he moved everything on the map to Half-Life: Alyx’s engine, Source 2, the developer states that what he can do is limitless.

Valve, one of the important names in the video game industry, presented its new game Half-life: Alyx to the taste of gamers last week. Gamers who have been waiting for “Half-Life: 3” for years could not get what they want with the new game, but they had a unique experience with Half-Life: Alyx. Because Half-Life: Alyx is an impressive game that can only be played with virtual reality equipment.

Independent game developers managed to play Half-Life: 2 with virtual reality equipment in a study they did in 2017. Even named “Half-Life 2 VR port”, this mod was highly appreciated by Half-Life: 2 fans. In addition, Half-Life: 2 VR ports are still in development, but now there has been a new development for these two games that will excite dozens of gamers.

A mod developer named VectOR recreated Half-Life: 2 with “Source 2”, the game engine used by Half-Life: Alyx. Well what does it mean? VectOR states that his work transfers an original map of Half-Life 2 and all assets included in this map to Half-Life: Alyx. If VectOR decides to bring his work to the taste of all gamers, Half-Life: Alyx fans can experience a nice nostalgia.

VectOR also made a YouTube video about his work. Stating that the video was shot on March 24, VectOR states that he completed his work in a very short time. But frankly, gamers are interested in a non-virtual reality-supported version of Half-Life: Alyx, rather than VR work of Half-Life: 2. However, we can state that there is no development regarding this issue at the moment.

All about BTS MAP OF THE SOUL ON: E online concert

TAYLOR SWIFT AND JOE ALWIN HAD A ROMANTIC APPOINTMENT IN THE...

Jimin: What does the BTS member’s tattoo “13” mean?