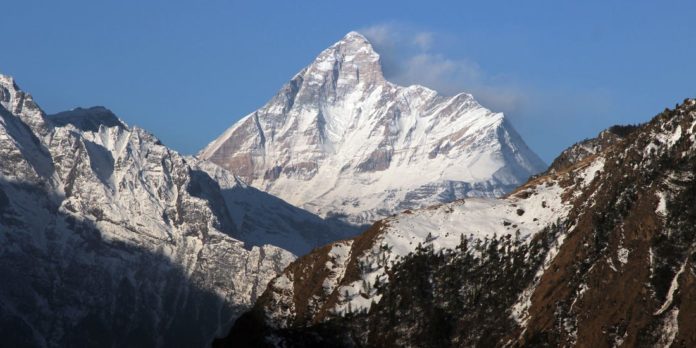 Scientists have discovered that humanity has begun to pollute this area before it reaches the highest peak of the Himalayas. Samples taken from the Dasuopu glacier, at an altitude of 7,200 meters, show the size and history of the pollution.

According to a new study, long before humanity managed to climb to the summit of our planet, Everest, it began to pollute the mountains that included the same summit. Since the Industrial Revolution that started in Europe, environmental pollution has become an important problem. New research reveals that the Industrial Revolution has been polluting glaciers for hundreds of years.

According to research, toxic metals have been accumulating in the very high points of the Himalayas for 240 years. So we started to pollute the roof of the world before we got there. Scientists have reached this conclusion by examining the samples taken from the Dasuopu glacier, which is 7.200 meters above sea level.

Coal and fossil fuels pollute:
The study includes the highest altitude sounding ever made for such research. The researchers found 23 metals accumulated in the Dasuopu sample between 1499 and 1992. The traces of cadmium, chromium, molybdenum nickel, antimony and zinc go back to 1780, the beginning of the Industrial Revolution.

Surprisingly, the level of pollution in the glacier came out less than expected after 1880. Researchers attribute this to changes in the atmosphere.

According to the study, coal and other fossil fuels burned in European plants in the 19th century are among the causes of the first pollution. Some evidence shows that deliberate fires also contribute to pollution. It is thought that fires may have raised the level of zinc specifically. It is estimated that the winds, especially the western winds blowing in the winter, carry these toxic loads to other parts of the world.

Glaciers can melt:
It is stated that winds and other atmospheric conditions help explain how human-sourced pollution in Europe has come to the higher parts of the Himalayas. For example, the intensity of pollution reaches its peak in summer and winter, which indicates the role of special weather conditions in these seasons.

Scientists state that the level of pollution detected in the glacier is not yet dangerous, but metals; If it continues to accumulate and intensify over time, it may cause the glaciers in the Himalayas to begin to melt. These glaciers are the source of clean water for millions of people. Also, pollution can harm creatures living in the glacial ecosystem.

Man-made pollution does not only spread metals around the world. Plastics are also a major cause of pollution. We leave 8 million tons of plastic to the oceans annually.