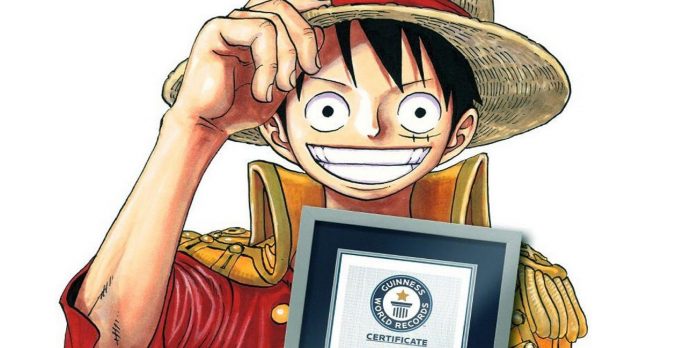 One Piece has broken its own Guinness World Record after setting the record a few years ago.

The original record was set in December 2014, when it was listed in the Guinness Book of Records for “The largest number of copies of the same comic book series published by one author”: 320,866,000 copies were sold. Now One Piece has set a record again, selling over 500,000 copies worldwide.

RELATED TO: One Piece: The History of Vano County

As of the beginning of August, more than 500,000 copies of the manga have been officially sold. Of these 500,000 copies, 416,566,000 were sold in Japan, and the remaining copies were sold abroad. This news appeared together with the 103rd volume, compiled on the same day as the announcement. One Piece’s official Twitter account celebrated the event:

The official One Piece account also published an image of Weekly Shōnen Jump editor-in-chief Hiroyuki Nakano with an official certificate from the Guinness Book of Records Committee. Here’s the tweet:

One Piece has been released for almost twenty-five years, and many anime fans are wondering if the series will ever end. However, after returning from a short break, Oda announced that he was working on the final arch, so the end of the One Piece manga is near. The distribution of more than half a million copies is a feat that no other anime can come close to, and the circulation of Dragon Ball is only 260,000 copies. Once again, One Piece has cemented its legacy in the anime world, and setting this record before the end of the series is a good end to the beloved franchise.

Why the Harry Potter Films Cut the Coolest Weasley Character Out...