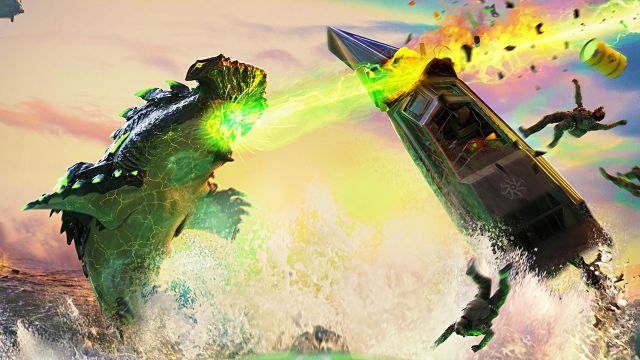 Maneater Truth Quest: The new downloadable content for the celebrated underwater RPG takes us to a new island off the coast of Port Clovis to uncover an organization. If you are one of those who enjoyed the action adventure with Maneater’s RPG touches, you are in luck, as TripWire Interactive has presented the new DLC of its celebrated and crazy game of man-eating sharks. So much so, that Maneater: Truth Quest will be available on August 31, 2021 for PC (Steam and Epic Games Store), PS4, Xbox One, PS5 and Xbox Series X | S at a price of 14.99 euros. And to celebrate the announcement, its creators have presented a new trailer, as well as the first details of a plot with radioactive sharks, hidden agencies, conspiracies and more.

Thus, Maneater: Truth Quest puts us once again in the skin of a shark with very bad fleas, a huge bull shark that has been in contact with radioactive waste that allows it to shoot powerful corrosive rays through its mouth. Yes, as hilarious as it sounds. Be that as it may, this time we will travel to an island off the coast of Port Clovis to uncover the conspiracies of the so-called Naval Wildlife Organization.

This new expansion of the original title will bring other novelties beyond the new locations and missions, such as new evolutions and challenges to complete and a lot of underwater terrain to explore, including narrow and labyrinthine pipes under the facilities of such mysterious facilities.

Likewise, the maximum progress increases to level 40 while facing all kinds of enemies belonging to both the private military forces and groups of poachers. All this from August 31, 2021 in multiplatform format, that is, PC (Steam and Epic Games Store), PlayStation 4, Xbox One, PlayStation 5 and Xbox Series X | S.