Home Entertainment Mandalorian: Pedro Pascal was worried that the audience wouldn’t like the character 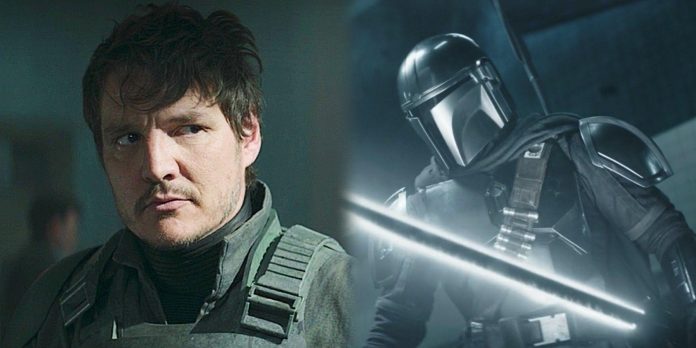 It may seem strange these days, but there was a time when no one was sure whether “Mandalorian” would be worthy of the attention of “Star Wars” fans or newcomers. Now that aspects of the Disney+ series have become entrenched in the pop culture lexicon with the unwavering power of the 2012 “arrow in the knee” meme, it’s almost hard to imagine a world in which Dean Jarin and Grogu have never graced a tiny screen.

Well, according to the star of the series Pedro Pascal, he was actually afraid that his titular character would not be attractive or interesting enough to hold the attention of viewers, not to mention becoming part of the cultural phenomenon that the Mandalorian quickly turned into. Even looking back at the first episode of the first season, it was probably clear to many viewers that there was something special about this series. After all, there’s a reason it’s considered one of the best Star Wars TV shows. But Pascal had some doubts at first.

In an interview with Entertainment Weekly, Pascal shared some of his initial mild concerns about the series. Interestingly, the passion of the creators of the show largely dispelled these fears. “I think it was so easy to believe how much Jon Favreau and Dave Filoni love Star Wars and [how they] take that love and develop new ways to tell Star Wars stories,— Pascal said. “This is a big airbag. But there were things like, will this character be irresistible? Will people want to follow him on these adventures? waiting is really interesting.”

Looking at what the “Star Wars” fanatics Filoni and Favreau eventually came up with (and are still coming up with) in “Mandalorian,” it’s not hard to understand why Pascal was able to trust them so easily. But not only they influenced the actor’s worldview. In the same interview, Pascal thanked Brendan Wayne and Latif Crowder, two other actors who play Dean Jarin on screen, for some of his more intense scenes. “It was a collaborative process from the very beginning,” Pascal said reverently of his film colleagues. “At the beginning of the show, I was given the opportunity to establish physical specificity in some way, but I would be lying if I said that I don’t observe and assimilate what they do and don’t transmit so much of it. and also. They do the hard work.”

Despite the fact that “Mandalorian” is still running and thus technically retains the possibility of losing its audience one day, it is safe to say that Pascal’s fears were ultimately unfounded. This is a show that has greatly expanded the myths of “Star Wars”, not to mention Gina Carano, and continues to be relevant both as an important entry into knowledge and just as a fun romp for the audience. The excitement before season 3 is another proof of this.

So Pascal and everyone else who loves “Star Wars” can rest easy knowing that at least the first 2 seasons have already solidified “Mandalorian” as a pop culture royalty. Who knows how things will go next? Maybe Christopher Lloyd knows, after he was chosen for the role in the third season. It is clear that incredible things are waiting for us.

“The Mandalorian” is available for streaming on Disney+, and the third season is expected to premiere in 2023.

Twitch Bans TheGrefg Channel: We Explain The Reasons For The Ban

Back 4 Blood: FOV Options Coming To PS5 and Xbox Series...