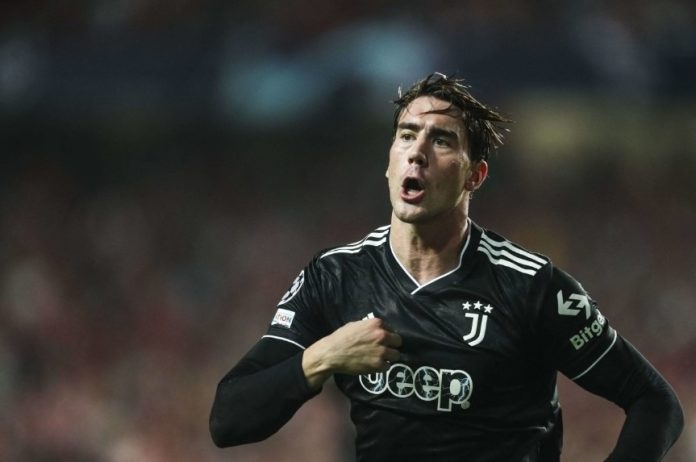 It’s no secret that Manchester United and Eric ten Haag are in desperate need of a reliable scorer who can take the field and become a pillar in the center of attack.

Ten Hag is currently limited to 37-year-old Cristiano Ronaldo and the unreliable Anthony Martial, who has struggled with recurring injuries all season.

As for Ronaldo, Ten Hag is said to be ready to let the striker go if a suitable offer arrives.

According to The Telegraph’s Mike McGrath, United are on the lookout for a figurehead in the next two transfer windows to replace Ronaldo, who is more than guaranteed to leave Old Trafford when his contract expires.

According to McGrath, Dusan Vlahovic from Juventus and Benjamin Sesko from RB Salzburg occupy the first places in the list of 20-time champions of England.

The Telegraph reports: “19-year-old Cesco has been in the club’s sights since he joined his Austrian club’s first team last season and scored double-digit goals in his first full campaign. Cesco is considered a player with huge potential, and he is following the same path as Erling Haaland.”

“They [United] are also closely monitoring the situation with Dusan Vlahovic, or, more precisely, the decline of Juventus in Serie A, as well as whether the Italians can lose their key players without football in the Champions League.”

McGrath adds that Vlahovic was linked with a host of other Premier League clubs before he moved to Turin, including Antonio Conte’s Tottenham.

In addition to searching for a United striker, the Red Devils are also seeking to sign a contract with the right wing-back as a matter of urgency.

Diogo Dalot has started every game since Ten Haga arrived at Old Trafford after the coach informed him that Aaron Van Bissaka was not in his plans.

Ten Hag himself admitted that Dalot needs a deputy to help, as the player is physically overloaded.

The report indicated that if Van Bissaka leaves in January, the club will try to attract a right-back, and there is a possibility to recall Ethan Laird from his season-long loan to QPR in the championship.

Hopefully the club hierarchy is working to ensure that Ten Hag gets the reinforcements he needs as quickly as possible.

The world of college football reacts to news of a sale...