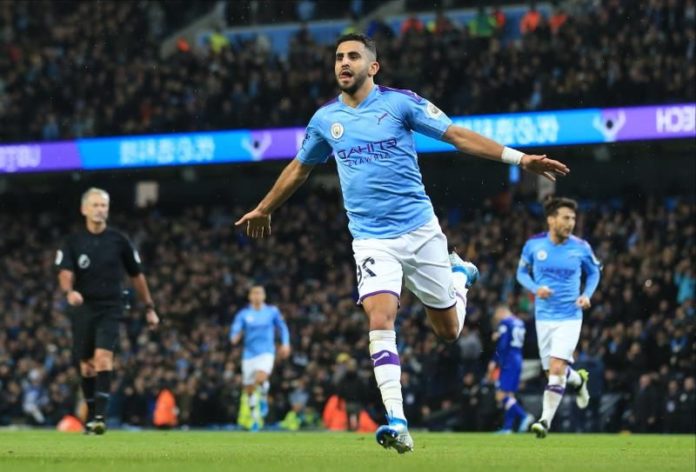 Manchester City overcame the defeat set against Liverpool on the previous day and went back to Chelsea in Etihad (2-1) to resume the persecution of the leadership held by the whole of Jurgen Klopp.

The Spanish team Pep Guardiola snatched third place from Chelsea. It is surpassed in the table by Leicester, who won at home Brighton and Hove, with an advantage of one point, and Liverpool, leader with nine income over the ‘citizens’ at the end of the thirteenth day.

The City, which aims to secure its pass on the round of 16 of the Champions League on Tuesday, had to intensify its efforts against a strengthened rival.

Frank Lampard’s team, who on Wednesday will visit Mestalla to face Valencia in the Champions League, got ahead twenty minutes after a great pass from Croatian Mateo Kovacic to N Golo Kante, who got strong with the ball , entered the area and took the ball to the net.

He soon reacted to Manchester City. Before the break he turned the situation around. In the 29th minute it was Belgian Kevin De Bruyne who drew. He received the ball, abated a defender and from the front launched a shot that deflected Kurt Zouma and moved Kepa Arrizabalaga.

Eight minutes before the break, the Guardiola painting did the job in an individual action by Algerian Rihad Mahrez from the right. A hole was made towards the center and crossed the ball out of reach of the Spanish goal.

Chelsea sought the tie but not with enough conviction to jeopardize the triumph of the home team, which had clearer chances to expand the score. In fact, in the added time, the VAR annulled Raheem Sterling somewhat.

Roger Federer: the private photo session for a fan in the...