Home Entertainment Man Who Made a Phenomenon With Pig Videos, Receives Death Threats After... 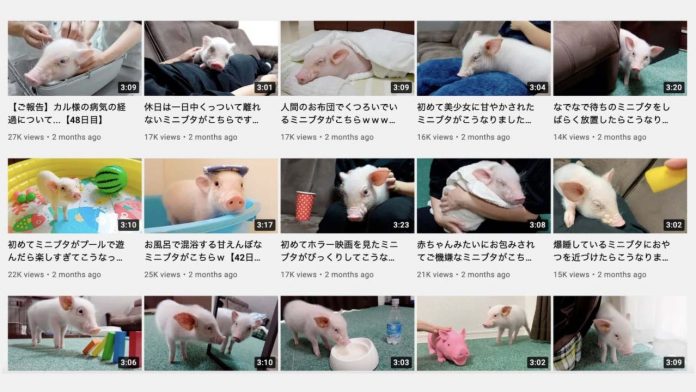 A phenomenon who shared the images of a piglet he adopted in Japan for 100 days almost died. The phenomenon, who shared a photo of a cooked pig on the 100th day of the posts, was exposed to death threats, thinking that he killed the pig he was feeding.
An incident occurred in Japan that confused the social media world. A user who shared the images of a baby pig he owned for 100 days and became a phenomenon by showing what this pig did during the day, shared a cooked baby pig in his last post. While people reacted to the phenomenon, thinking that the animal in the photo was an owned pig, some even threatened death.

The phenomenon, which did not want to reveal its name for security reasons, almost fell victim to a great misunderstanding. Because the pig shown as cooked was not the pig owned by the phenomenon. However, its failure to openly state this has caused outrage among other social media users in Japan. The phenomenon, which could no longer stand against threats and comments, explained what its main purpose was in its statement.

The social media phenomenon stated that he did not cook the pig he owned, but that the pig he bought from the supermarket once lived a life like his own pig. Mentioning that he decided to do something like this to make people think about exactly this, the phenomenon said, “What we talk about the consequences of eating meat does not attract attention. People need to see this first in order for the message to reach its place.” used the phrases. The statement made a deep sigh to the followers of the phenomenon.