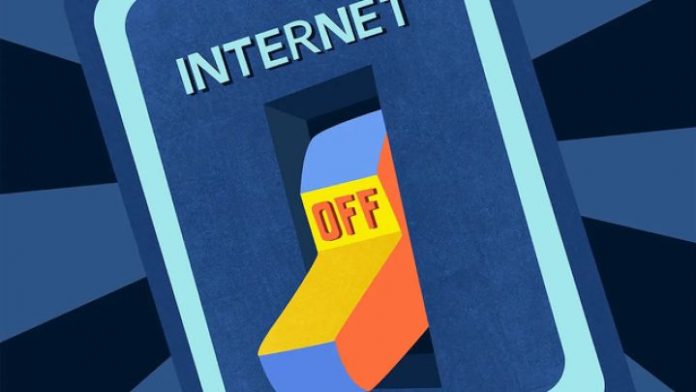 Internet: Motoko Kusanagi said in the magical final moment of the seminal Ghost in the Shell (Mamoru Oshii, 1995), “Where does the newborn go from here? The network is vast and infinite ”. The Internet is curious, because we can quantify what gives it life -routers, data centers, servers, physical connections, wireless connections-, but it is impossible to quantify the Internet itself, just as turning it off globally would be as easy as “stopping all the rivers that exist in the world at the same time ”.

But it is not impossible either, since certain things can be done for it. For example:

– Egypt, 2011: During the Egyptian Revolution, the Egyptian government ordered the four national Internet service providers to disconnect the Domain Name System (DNS) and modify the Border Gateway Protocol (BGP) on their servers. This prevented any Internet traffic inside or outside the country.

– Russia, 2019: The Russian government carries out the Runet experiment, consisting of disconnecting the entire country from the Internet, from government institutions or military installations, to every home, router and server, as part of a defense program “in case of foreign aggression ”.

But ultimately, they are very expensive operations and insane at the logistics level. Shutting down the Internet completely, or almost, is something that one person cannot do – unless it is Skynet, Neo, or has the largest EPM in history. But lo and behold, an American citizen did think he could.

Use C4 to blow up the Internet

Seth Aaron Pendley, 28, of Wichita Falls, North Texas, USA, has been charged with malicious attempt to destroy a building with an explosive, announced the acting US Attorney for the Northern District of Texas, Prerak Shah. He was arrested Thursday after allegedly trying to obtain an explosive device from an undercover FBI employee in Fort Worth. He was charged through a criminal complaint and appeared for the first time in federal court before Federal Judge Jeffrey Cureton on Friday morning.

According to the complaint, the investigation began after a concerned citizen contacted the FBI on January 8 about alarming statements posted on MyMilitia.com, a forum dedicated to organizing militia groups.

A user who responded to the screen name “Dionysus” stated that he planned to “conduct a little experiment” which he claimed would “attract a lot of attention” and could be “dangerous”. When another user asked him what result Dionisio wanted, he replied: “death.”

Proud to have been in the assault on the Capitol

A confidential source provided the FBI with the user’s email address, which was registered in Pendley’s name. A subsequent search of the defendant’s Facebook account showed that he had presumed to be in the United States Capitol on January 6, the already considered worst day in the history of American democracy.

In private messages he allegedly told his friends that, although he did not actually enter the Capitol building, he did make it to the “platform,” where he snatched a piece of glass from a broken window and interacted with the police. He said that he brought a sawed-off AR rifle to D.C., but that he left the weapon in his car during his trip to the Capitol.

In late January, Pendley began using Signal, an encrypted messaging app, to communicate with another confidential source. The source told the FBI that Pendley allegedly stated that he planned to use C-4 plastic explosives to attack the data centers of prominent tech companies in an attempt to “wipe out about 70% of the Internet” … Yes, seriously: The guy was thinking that blowing up a data center would collapse the network of networks.

Google Lens Will Be Launched For PC And Will Receive Mobile...