Home News The Man Who Lose His Electric Current While Playing A Game With... 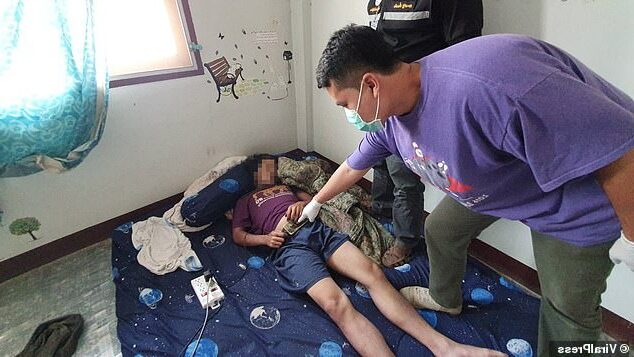 A Thai man whose friends could not hear from for two days was found lifeless in his home. According to the statements made about the incident, the man who suddenly got an electric current while playing a game on his phone connected to the charger, died because of this.

Tinnakorn Rattanauppaphan, 32, who works in a delivery company in the town of Nan in northern Thailand, was found to be stealing electricity while playing the phone with a charger. When his friends went home, wondering for Rattanauppaphan, who did not go to work for two days and during which time they could not receive news, he encountered the lifeless body of the man.

According to the information conveyed, at first, his friends, who could not believe that Rattanauppaphan died, tried to wake up the unfortunate man, but after he did not react, they turned to the police. Police said that as a result of the investigations, Rattanauppaphan expected to remain in his house lifeless for two days.

The police said in a review that the hands of the man who touched the phone and the charger cable were swollen and burned, indicating that the marks indicate electric shock. The friends of the deceased stated that their friends had no enemies or problems, but they spent most of their time playing mobile games.

Rattanauppaphan’s friends said, “We started to worry about not coming to work for a few days, it was unusual. He never mentioned stress or trouble, but he was spending his free time playing online games on his phone.”

The police sent the body to the autopsy and recorded the incident as an accident in its first report. Police Colonel Samran Wongchaiya said: “Our initial investigations show that there were no signs of a sign of a romp or suspicious activity. We believe that the electric current is the cause of his death because of signs of electric shock in his body.”