A 31-year-old man went out on the street in violation of the quarantine conditions while playing Pokemon GO, in the San Fermo region of Italy. “I need to hunt Pokemon,” he said when the man with his daughter stopped by the authorities.

After the emergence of Wuhan, People’s Republic of China, Italy is one of the countries that hit the new deadly coronavirus (COVID-19), which has spread all over the world and caused the death of 11,402 so far. Despite serious measures taken in the northern Lombardy region, Italians continue to go out on the streets.

A 31-year-old man living in the San Fermo district of Como province in Lombardy has violated the quarantine conditions to play Pokemon GO. Although Pokemon GO changed the rules of the game to be played from home due to the new deadly coronavirus outbreak, it was seen that the San Fermolu man could even violate quarantine conditions to hunt Pokemon.

‘I have to hunt Pokemon’
The man who went out of his house with his daughter and played Pokemon Go was stopped by the authorities. When asked why he didn’t comply with the restrictions, he replied “I have to hunt Pokemon”. The police had to punish the 31-year-old man. 43,000 people were fined for violating closure conditions across Italy. According to the Ministry of Interior data, more than 1 million people were checked between 11-17 March for this reason.

The number of confirmed cases identified so far is 47,021, and the number of deaths is 4,032. It is stated that in Italy, where thousands of new cases and hundreds of new deaths occur every day, especially in the northern Lombardy region, people are resisting not to follow the rules. While the Italian army is called to work for the implementation of the quarantine, hospitals are having trouble catching up on treatments. In addition, a large number of health workers died due to coronavirus.

The leader of the medical team from the People’s Republic of China to help Italy, spoke to Italian officials at a press conference yesterday, saying that Italy is still living normally, so losses cannot be brought under control. “Sorry, we cannot control the situation in Lombardy,” said Daniela Confalonieri, a nurse in Milan who spoke to Reuters. 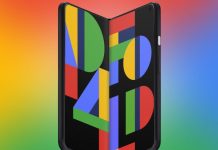 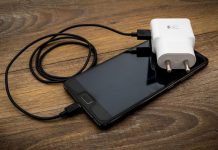