Home Tech The man who bought the same Lamborghini 3 times and bought it... 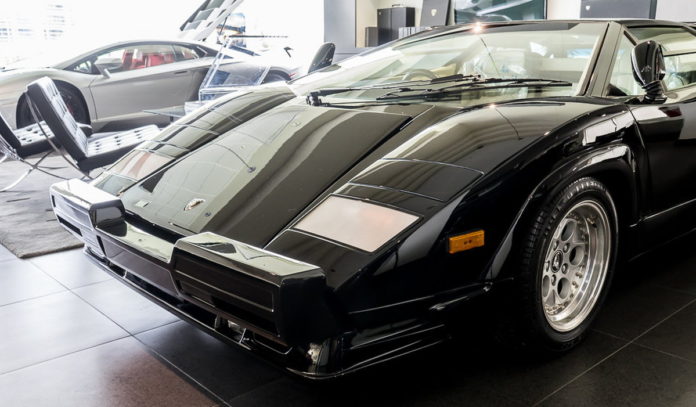 A car dealer in Canada has once again put on sale the custom-made Lamborghini, which has been bought over and over, over and over again. It is not known whether the vehicle will return to its original owner this time.

There are many rare models in Lamborghini’s long sports car history. One of these models is the 1990 special vehicle called Countach 25th Anniversary Edition. This car, which is specially designed for the 25th anniversary of Lamborghini, as its name suggests, has become a model that has been in the shade for a while, although it has decorated the dreams of all sports car lovers.

One of these cars has a very interesting story. John Scotti was working as a Lamborghini dealer in Montreal, Canada. With the release of Countach, Scotti ordered 5 of this vehicle and offered it to the attention of its customers. Things developed after that.

He sold the same car three times:
Unfortunately, when the vehicles arrived in Canada, the wave of excitement created by the cars was left behind. The sale of the vehicles was very slow and the vehicles waited in Scotti’s garage for a long time. Man, who somehow managed to sell four of the cars, kept his fifth and last car to himself. Scotti gave up selling the last remaining black Countach and put it in his own garage.

Scotti sold the car twice over time. Convinced to sell the vehicle to someone quite familiar in one, Scotti left the car almost unused a few years later. Later, the man who made a similar sale had to buy the car once again after this sale.

See Also
You can now control your Lamborghini through Alexa

In just 140 kilometers:
Scotti now sells 449 hp vehicles once again. Even the gelatine coatings on the seats have remained in place, the road has traveled only 140 kilometers. If you are thinking about buying, you probably won’t have a problem selling second hand because John Scotti is still trading Lamborghini. The only problem is that for this you need to go to Canada.

These Lamborghini models with a V12 engine were produced in limited numbers. For the model that has been in galleries and the garage of elite car enthusiasts for 30 years, the figure you need to overlook is $ 799,900; that is, about two and a half times the label price of the vehicle 30 years ago.

Lenovo presents Yoga and IdeaPad tablets with a design inspired by...