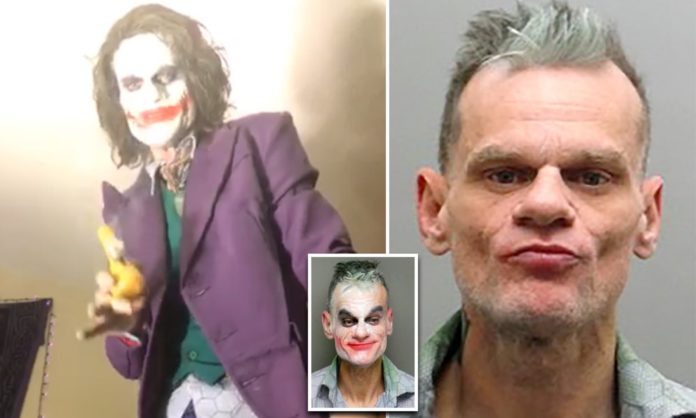 An American man, disguised as a Joker, who said that he would carry out a bomb attack and kill people randomly in his live broadcast via his Facebook account, was caught and arrested by the operation organized by the police.

A man named Jeremy Garnier, 48, who lives in the state of Missouri, USA, said that after performing the Joker make-up, he will launch a bomb attack and go out and kill people randomly.

“Yes, I do this to attract attention, but my main goal is to take over the world. I will start killing people until this broadcast reaches a thousand viewers, and when it reaches a thousand, I will go out and kill more. “This will be a real attack.”

Police reports show that Garnier was in a restaurant during the live broadcast, and another person watching the broadcast called the police to provide information about the situation. Garnier, who is estimated to have mental health problems, took more than an hour to broadcast live as a Joker. The 48-year-old man sitting in a restaurant in the mall after getting out of his car says that he does not want to get drunk because he will kill a group of people and therefore he will not drink alcohol.

Police raided Garnier’s location after the report and arrested the man who threatened the live broadcast. It was stated that there was no weapon on the man who caused a great panic. In November 2019, a 30-year-old man named Lawrence Sullivan, also dressed as Joker, was arrested on the grounds that he was carrying an unlicensed gun in Florida.