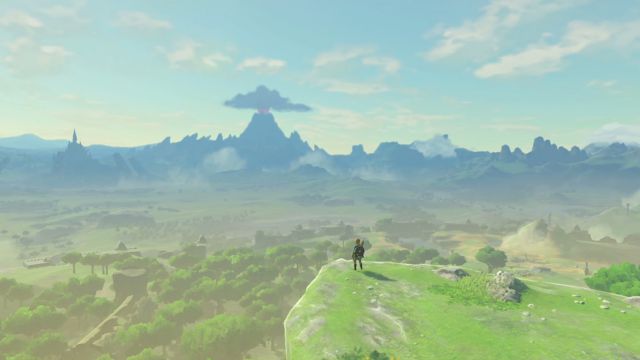 Zelda: Breath Of The Wild: Japanese police have detained a Chinese citizen after it was discovered that he has made millions of yen from such illegal activity. The Niigata Prefecture Police Department has arrested a Chinese man for the illegal sale of modified saves from The Legend of Zelda: Breath of the Wild, the original title for Nintendo Switch. This has been collected by the Broadcasting System of Niigata, information that has also been echoed by Eurogamer. According to these data, the man was arrested on July 8 in Tokyo.

These modified versions include improvements to the character’s abilities, as well as items that are difficult to obtain. The arrested man allegedly sold saves of other video games in addition to Breath of the Wild, although no further details have been released. What is known is that through this criminal activity he has been able to obtain approximately 10 million yen, which in exchange is about 77,000 euros. He provided these services through a website since December 2019, in which he charged 26 euros more or less for each of the saved.

According to BSN, the activity carried out by the arrested violates the Japanese law on prevention against unfair competition. It is not the first time that something similar has happened in the Japanese country. In February of this year, a 23-year-old was arrested after he allegedly obtained more than 1 million yen after selling thousands of modified Pokémon Sword and Shield files.

The Legend of Zelda: Breath of the Wild has accompanied the Nintendo Switch since its launch in March 2017. A couple of years later its sequel was announced, which was recently seen in the Nintendo Direct of E3 2021. Nintendo has already confirmed that It will not be released until 2022, although fans of Link’s adventures will have the opportunity to enjoy The Legend of Zelda: Skyward Sword HD starting on July 16.

Tony Lommi From Black Sabbath Has Announced That He Is Ready...