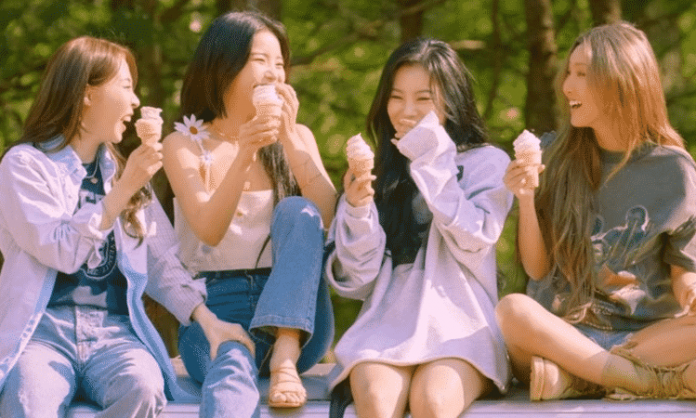 MAMAMOO releases posters of its online show ‘WAW‘. Yes! the girls are going to have a show. RBW Entertainment’s girl group MAMAMOO will perform an online concert on August 28th.

It was on August 6th that KST’s promotional poster for their next online convert titled ‘MAMAMOO 2021 WAW‘ was released in their official fan cafe.

The poster features MAMAMOO members posing in style on an athletic field. Their ‘finish line is to celebrate their seven-year journey as an artist, and the strong aspirations of the members could be felt at their starting point.

This will be MAMAMOO’s first concert in two years and a month after the ‘4season F / W in Daegu’ concert held in July 2019. Although the concert was originally planned to take place offline, due to the rapid increase in COVID cases 19, the final decision was made to hold the concert online.

Using various props and sets to maximize the scale of her stage performances, MAMAMOO is determined to present her fans with a special experience through her show, despite having it online.

The show ‘2021 WAW (Where Are We)‘ reflects the significance of MAMAMOO’s journey from their debut until now, and will be much more meaningful for MAMAMOO and their fans.

Stray Kids’ Hyunjin Reveals All The Secrets of Red Lights