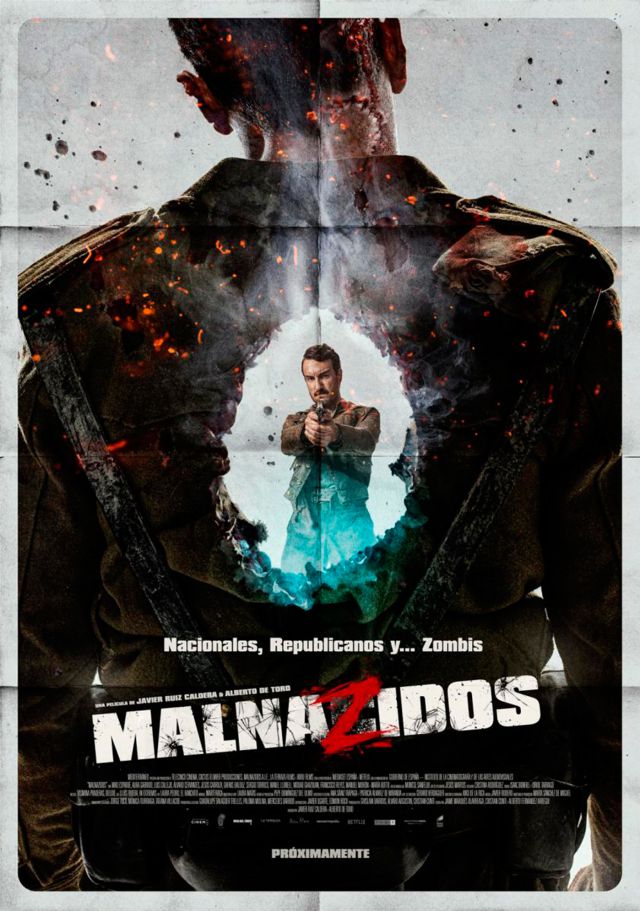 Malnazidos: Sony Pictures Entertainment Iberia presents a new action-horror comedy in which two warring sides join forces to survive the zombies. Malnazidos is the new action-adventure film with touches of fantastic cinema set in an alternative Spanish Civil War with zombies. This is how Sony Pictures Entertainment Iberia has presented it, sharing a hilarious trailer that you can see on these lines along with the official posters and its exclusive release date in theaters: next March 11, 2022.

Thus, Malnazidos is co-directed by Javier Ruiz Caldera and Alberto de Toro with a script by Jaime Marques Olarreaga, Alberto Fernández Arregui and Cristian Conti based on the novel Noche de Difuntos del 38, by Manuel Martín Ferreras. The film has an ensemble cast led by Miki Esparbé, Aura Garrido, Luis Callejo, Álvaro Cervantes, Jesús Carroza, María Botto and the young Manel Llunell, who complete Mouad Ghazouan, Dafnis Balduz and Sergio Torrico. All of them play a group of fighters from rival sides who have fled the Civil War and must put aside their differences and become allies to face much more dangerous adversaries: zombies!

“Months of bloody fighting have left behind thousands of dead in the trenches. Jan Lozano, captain of the fifth brigade, is taken prisoner. The only chance to escape the death sentence is to face an impossible mission in the enemy camp. But a danger greater than expected will force the rival sides to unite against a new and unknown adversary. They will have to put aside mutual hatred and thus avoid becoming zombies ”, we can read in its official synopsis.

“After so much time of professional collaboration, friendship and talking a lot about cinema, we found in Malnazidos the perfect project to direct together. A film that brings together our favorite genres and, at the same time, has given us an exciting professional challenge”, affirm both directors. Malnazidos is a Telecinco Cinema, Cactus Flower Poducciones, La Terraza Films and Ikiru Films production, distributed by Sony Pictures Spain. Theatrical release on March 11, 2022.