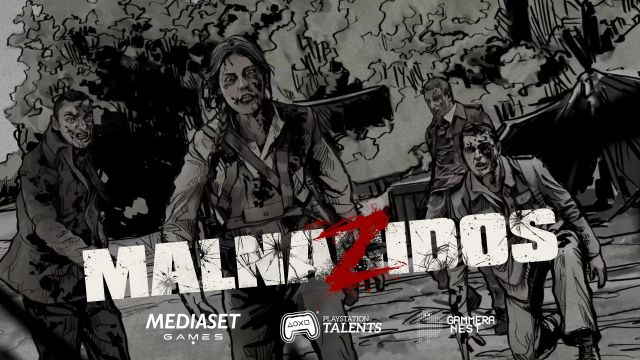 Malnazidos: The rBorn Games and Gammera Nest title was born with the support of the PlaySation Talents Alliances and Mediaset Games program. In stores for 19.99 euros. Malnazidos, the official video game based on the film of the same name, is now available for PlayStation consoles. Sony Interactive Entertainment Spain (SIE Spain) and Mediaset Games celebrate not only the arrival of the film in stores across the country, but also the premiere of the video game on PS4 and PS5 consoles.

Developed by rBorn Games and Gammera Nest, this is a shooter with a cel shading graphic style; as if it were a comic. In the Malnazidos video game, the player puts himself in the shoes of the film’s protagonist, Jan Lozano, played by the voice actor Claudio Serrano, to fight against hordes of zombies.

The player can choose his favorite character (Jan, Matacuras, Jurel, Mecha…) and overcome a wide variety of levels in different scenarios; from forests to abandoned towns and dark dungeons, all with the aim of discovering who is behind the plague that plagues the northern front.

The video game is very replayable, especially for those who want to complete all the levels with each of the protagonists and get hold of all the collectibles, which will provide more information about the story.

Malnazidos is the official videogame of the Telecinco Cinema film of the same name and has been developed by the Bilbao-based indie studio rBorn Games, responsible for The Five Covens. The film has been scripted by Jaime Marqués Olarreaga and Cristian Conti, based on the novel ‘Dead Night of ’38’, by Martín Ferreras.

Malnazidos is now available on PlayStation consoles with the support of the PlayStation Talents Alianzas program and Mediaset Games at a price of 19.99 euros (PEGI 16).

We remember that PlayStation carried out a State of Play this week with a lot of announcements of games that will arrive on PS5 and PS4 throughout this year.

Jessica Chastain Says There was “charged energy” when She accepted the...