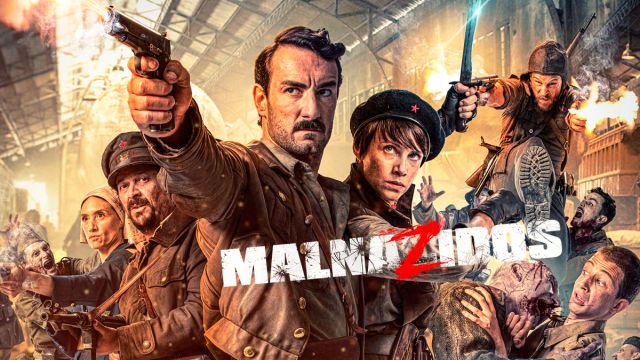 Malnazidos: Javier Ruiz Caldera and Alberto del Toro’s film mixes two genres that have traditionally worked well separately: Civil War and zombies. Four years ago ‘Overlord’ caused a sensation at the Sitges Festival with a proposal that mixed war films, horror and comedy. Two years later Javier Ruiz Caldera and Alberto del Toro repeated the formula, with Nazis and zombies included, but changing the setting of World War II for a Civil War that is going through its last stage (1938). The arrival of the pandemic forced its premiere to be delayed for two years, but the truth is that the wait has been worth it.

The Spanish Civil War has been a great breeding ground for excellent films, but with the exception of La Vaquilla de Berlanga, its approach has always been from a dramatic side that ended up turning the characters into a reflection of the opposing ideologies. In Malnazidos, its authors have had the enormous success of dispensing with factions and taking stereotypes to the extreme until they become caricatures of themselves. This deliberate exaggeration makes political ideas lose their meaning and everything relies on two components that articulate the film: action and an acid sense of humor, which sometimes works and sometimes not so much.

It is not a film of reds against fagots, but of survivors against zombies. A formula that Romero already inaugurated in his ‘Night of the Living Dead’ (1968) and that has been refined over time. A desperate adventure in which the goal is survival and along the way it leaves a trail of casualties. You don’t have to get too attached to the protagonists.

Chicago Fire: outraged fans express displeasure at what they are doing...