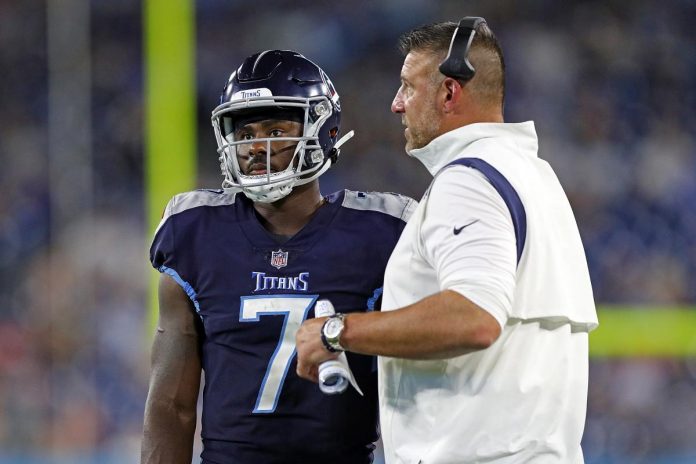 Tennessee Titans rookie quarterback Malik Willis did his best for his team in their 26-23 preseason win over the Arizona Cardinals yesterday. After the game, he decided to evaluate his own performance.

Willis went 15 of 23 for 131 yards and a touchdown with an interception in the air. On the ground, he added a team-best 79 yards, including a 50-yard scamper, which was the longest play of the game to date.

However, all this equated to a “B-minus” in the eyes of Willis. He said it was better than the first two preseason games, but there are still some issues to be addressed.

“I think it was like a B—minus,” Willis said via ProFootballTalk. “It was better than in the first two preseason games, because I was sitting in the pocket and just trying to take what the defense gave me, even though we didn’t realize a couple of third downs just because they weren’t throwing those third and long looks at us. So just check a couple of times and I just took off and slid for everything we could get.”

Malik Willis did not play in the starting lineup, as he is in the safe hands of Ryan Tannehill this season. But he may be forced to act sooner if Tannehill struggles or gets injured.

2022 is likely to be a year of development for Willis. If that’s the case and he’s not playing at all, this preseason will be very important for him.

How would you rate Malik Willis in the preseason?

Watch: Request for punishment of Nick Saban from Alabama Revealed