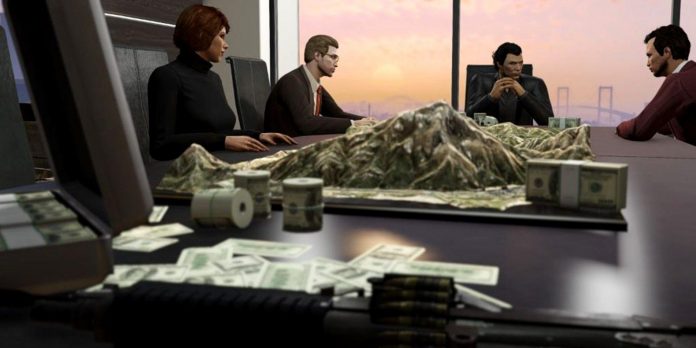 Despite all of its updates, businesses, and heists, it is clear that Grand Theft Auto Online has a real problem when it comes to players making money in-game. Rockstar has introduced plenty of routes that players can take in order to make money. However, the same problems keep cropping up, and the core problem is that earning money in-game isn’t fun.

Grand Theft Auto Online features a lot of missions, side tasks, and other such methods that can be used to make money. The next-gen release of the game even added multiple career paths that open yet another method for players to supplement their income. With how much Rockstar has been lavishing attention on the game, it would be fair to expect the effort to come through and create a satisfying experience. However, the grind for money can be frustrating for players of all experience levels, especially first-time GTA Online players.

There is no question that GTA Online is Rockstar’s biggest property at the moment. However, that prominence makes it much easier for players to realize its flaws. Unfortunately, despite arguably being the main point of GTA Online, making money in-game just doesn’t feel like it’s worth the hassle.

GTA Online does have a respectable amount of missions for players to embark upon, including multi-part heists that require intense teamwork to pull off. The reason to have a variety of missions is obvious. The more things that players have to do, the more reasons they have to keep playing. Ideally, players will want to keep on playing in order to explore all that the game has to offer and collect everything that they can.

However, the mission variety doesn’t change the fact that players will have to play them again and again in order to afford rewards such as GTA Online’s fastest car to date. This means seeing the same missions and setpieces repeatedly. Eventually, the shine of the missions will wear off, and they will go from exciting challenges to repetitive chores. No matter how much time and effort was put into a mission, it will stop being exciting after the player has to replay it so many times. Eventually, the player can start to feel this way about every mission, which will suck out much of the game’s fun.

Related: GTA Online: Everything You Get With GTA+ Membership

In GTA Online, every mission is set up the same way every time, and they can be performed multiple times in quick succession. While mastering a mission is one thing, feeling obligated to repeat it is another. The game’s missions will get old for players grinding for money, even GTA Online’s multiple heist missions. The feeling of diminishing returns gives players less motivation to continue playing as the grind goes on.

The prices in Grand Theft Auto 5 could feel high at times, but GTA Online went above and beyond in that department. Compared to the prices in Online’s stores, the payout for missions can feel incredibly lackluster. The prices themselves end up perpetuating the grind for cash, as they are the reason why players need to spend hours repeating the same tasks for meager payouts.

The high prices force players to plunge the same methods of making cash for hours on end, but that’s not all. GTA Online has microtransactions known as Shark Cards that will give the player money depending on which card they bought. The cheapest card, the Red Sharks care, offers $100,000 in-game for $2.99 in real life, while the largest Megalodon Shark offers a whopping $8,000,000 in-game for $99.00. GTA Online’s Shark Cards wrecked the game’s economy, tilting it massively in favor of those who buy them. It creates a crossroad for players; they can keep performing the same tasks to gradually amass money, or they can drop some real money for a Shark Card and gain a significant boost immediately.

Shark Cards combine with GTA Online’s prices to form a joint problem. The frustrating grind to afford the things that they want will drive players to spend real money on Shark Cards. These sort of aggressive microtransactions not only weakens GTA 6’s potential for gaming satire, but also get on players’ nerves as it creates a rift between those playing for free and those paying for cash bonuses. Naturally, this is dissatisfying for those who either can’t or don’t want to buy Shark Cards, amplifying those negative feelings towards the process. With how much money GTA Online makes, it seems like Shark Cards are going to be around for a while.

The money-making process in GTA Online has its problems, but many flawed games have still become beloved, mostly by being fun to play regardless of their issues. Despite Rockstar’s efforts, GTA Online does not reach that level. There is little satisfaction in the game’s grind, and it isn’t difficult to see why.

GTA Online’s missions feature flairs that are familiar for the series. Intense pitched gunfights, high-speed driving sections, and other action-infused elements. However, there is no story being progressed, and those missions will just pop up again soon enough. One would think that GTA Online’s next-gen Career Builder would break up the tedium, but the career options aren’t interesting enough to make much of a difference. Unless they’re willing to pay for Shark Cards, players will spend hours earning money by doing the same things over and over. While there are many simulation games that revolve around building money and upgrades, that isn’t the reason why people play Grand Theft Auto. GTA’s draw is fast-paced action and over-the-top satirical crime stories. Turning it into a money grind misses the point of the franchise.

Finally having enough money to afford something cool in GTA Online should feel rewarding. However, the path to do so is long and gets more boring as time goes on, and it starts over again once the player needs to buy something else. The game doesn’t give the player time to relax and mess around in the world like other GTA titles, and GTA Online’s constantly ringing phone will keep reminding them of the missions that the game wants them to do.

GTA Online’s grind for money is easily one of its worst qualities. It doesn’t matter how much polish is put on the game if the massive amount of effort required to make money tarnishes it. In the end, Grand Theft Auto Online does what no GTA title should do, and that’s making the series’ core gameplay boring.

Pathfinder: Wrath Of The Righteous will be released on consoles in...