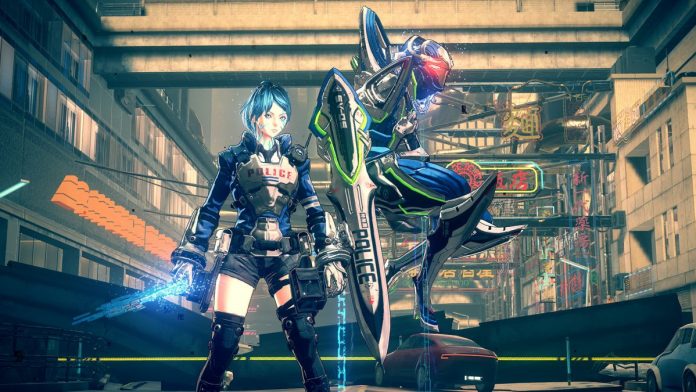 The Japanese developer, also the creator of Bayonetta 3, initially claimed that they were co-owners of the brand.

Astral Chain is one of the most recent titles developed by PlatinumGames, an exclusive action game for Nintendo Switch whose IP belongs to the creators of Mario. This has been confirmed after some confusion, since at first it was said that both companies shared the property. However, users have noticed that there has been a change in copyright, as the mention of PlatinumGames has disappeared. Speaking to VGC, Atsushi Inaba, head of the study, has pointed out that “it is what it seems”, that is, the IP is from Nintendo.

“It is as it is written on the website: Astral Chain is your IP and as such there are limitations on what we can talk about” or not. When they asked for more information on the matter, a PlatinumGames representative assured that the company “was not in a position to answer that question.” In the case of The Wonderful 101, which originally came out on Wii U, it was an intellectual property that belonged to the two companies. However, the release of the remaster on PS4 and PC hints at a possible change, although nothing has been officially said.

PlatinumGames looks to the future with already announced projects such as Babylon’s Fall or Bayonetta 3. Hideki Kamiya, for his part, works on Project GG, a title that will close the trilogy of heroes, to which Viewtiful Joe and The Wonderful 101 also belong. called Platinum 4, a series of major announcements, still has a surprise in the hat. And it is that at some point in 2021 something new will be confirmed.

See Also
Nintendo is not interested in buying companies "blindly"

However, Kamiya himself has wanted to calm expectations and has declared that this latest announcement will be of a smaller scale, although he intends to steal a smile from the followers.