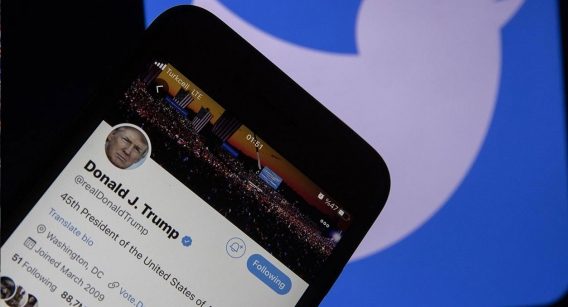 Popular social media platform Twitter suspended 70,000 accounts linked to QAnon, known for its far-right conspiracy theories. The social media giant, who took action after the Trump supporters raided the Congress building, also made a statement on the issue.

QAnon, who is also known for his support of US President Donald Trump and comes to the fore with conspiracy theories, claims that Trump is fighting against devil-worshiping pedophiles. Twitter, which previously suspended Trump’s account, did not hurt the accounts linked to this move.

On the other hand, following the censorship imposed on Trump by Twitter, other popular social media platforms Facebook and Instargram were also taking action, and Trump’s accounts were permanently suspended.

Trump will set up his own social media platform

Following Twitter’s censorship of Trump supporters and Trump, the US President gave an interesting response to the issue. Trump announced that he would establish his own social media platform.

Donald Trump made a series of statements from his @POTUS account after his personal Twitter account was suspended. “I have long felt this would happen,” Trump said of the ban. used the expression. Adding to his statements, Trump said, “We are meeting with various sites and we will make a big announcement soon. We will also look at the possibilities of creating our own platform in the near future. We will not be silent! ” called in the form.

PUBG: understand rules, bans and know how to report hackers and...