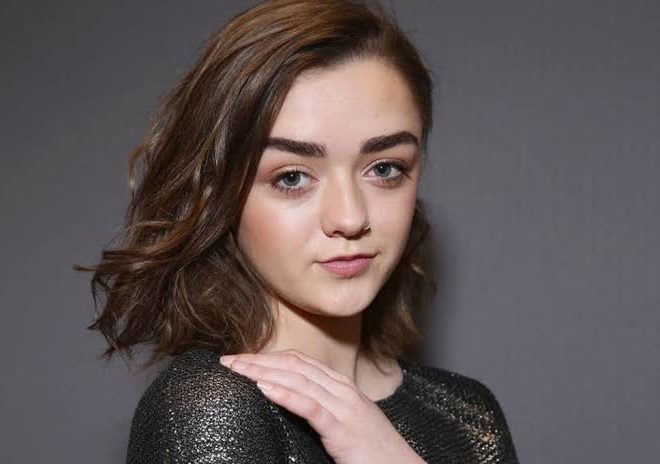 Maisie Williams has made incredible revelations! The actress saw her career take off thanks to Game of Thrones. She was playing Arya. The adventurer of the Stark clan! Thanks to the series, she also made an astonishing encounter. Which ? That of Elizabeth II and her husband Prince Philip! In 2014, they visited the GOT film studios during their stay in Northern Ireland.

Queen Elizabeth has also met several members of the series … Including the actors. She is also left with a miniature of the Throne of Iron as a gift! If the queen seemed interested in the original throne, she did not sit on it. That’s explained by Arya Stark’s interpreter for “First We Feast” on YouTube. “She did not officially refuse, but no one said ‘Sit on this chair, it’ll be funny,’ confessed the actress.

The sequence with the queen has also amused the actors. “We all smiled and we said, ‘Will she do it?’ “Recalled Maisie Williams. And to continue: “It’s as if she had looked at him and said to himself ‘it does not look very comfortable’. The scene must have been fun to watch! But that’s not all.

If Elizabeth II did not sit on it, it would be for a very particular reason … David Beniof has also lifted the veil on the cause! “Apparently, the Queen of England is not allowed to sit on a foreign throne,” said the creator of GOT. And to clarify: “It is an esoteric rule that we did not know until this precise moment”. Maisie Williams keeps a beautiful memory of her meeting with the queen. It’s a safe bet that it will long be engraved in her memory! The class …

Anyone else notice that Her Majesty Queen Elizabeth II is exactly the same height as Arya Stark (@Maisie_Williams)? pic.twitter.com/io12Ox6Bna