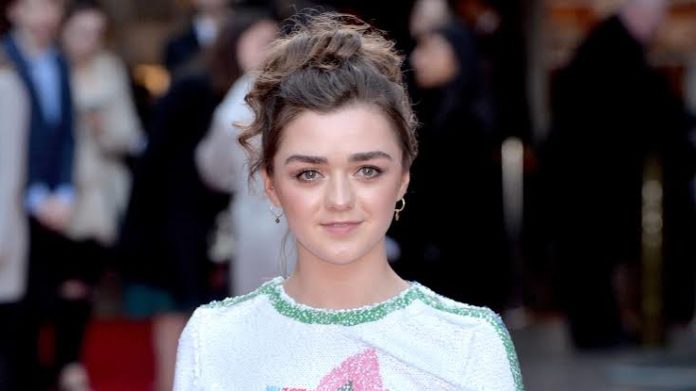 Maisie Williams has grown through Game of Thrones and has changed since her debut in the series. The actress is very close to Sophie Turner and it is she who she calls when she needs help! The proof in a video!

Season 8 of Game of Thrones ended several months ago. Maisie Williams became known through the series and she was still very young when she started. Fortunately, she quickly established links with Sophie Turner. The two actresses consider themselves as best friends and they are inseparable. Thus, the actress was present at the wedding of Sophie Turner and she was her bridesmaid.

The two actresses of Game of Thrones always stay in touch and they call each other when they need help. Maisie Williams has appeared on First We Feast’s Youtube show, Hot Ones. In this show, the guest must eat spicy sauce while answering a few questions. Nevertheless, the star is not used to the hot sauce! So, she needed to call Sophie Turner to support her!

MAISIE WILLIAMS CALLS FOR SOPHIE TURNER TO EAT SPICES!
Maisie Williams had to eat a lot of spicy food but in the end she could not take it anymore. So, the reporter told her to pass a little message to Sophie Turner. The young woman needed support during this hard test! “I wish she was here to support me,” she said before calling. Thus, the actress Game of Thrones is entitled to the camera to address her best friend.

Maisie Williams and Sophie Turner do not often eat spicy food. Thus, Arya’s interpreter asked her friend to come and do the show to test her limits with her. According to her, Sophie Turner would be much better than she to support the spices! “We have never eaten spicy food together, so I do not know how you would get along with that. So I want you to come and do “Hot Ones”. I’m calling on you! Come do the show and maybe I’ll be better than you, but surely not. ” did she say. We wonder if Sophie Turner will accept the challenge!

Unrecognizable Kim Kardashian: she reveals a photo of her as a...

Katheryn Winnick is coming to Disney + with Big Sky!