Home Entertainment Maisie Williams comments on whether the violence in “Game of Thrones” was... 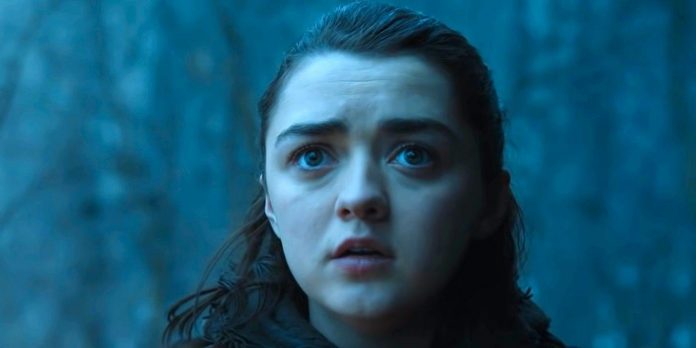 Maisie Williams commented on whether she considers shooting scenes of violence in “Game of Thrones” traumatic. Her comment came after a colleague on “Game of Thrones” Sophie Turner talked about how to cope with trauma after filming such scenes. Game of Thrones is a fantasy drama series based on the book series A Song of Ice and Fire by George R. R. Martin. The series takes place on the fictional continents of Westeros and Essos and follows several main story arcs. In the first story arc, two powerful families fight for control of the Seven Kingdoms of Westeros.

“Game of Thrones” was broadcast on HBO for a total of 8 seasons and received critical acclaim. The series gathered a huge number of fans who liked the complex characters of the show, the stellar cast, the intense narrative and the medieval setting. With a staggering 59 Emmy Awards and five Golden Globe nominations, some even consider Game of Thrones one of the best shows of all time. Despite the enthusiasm with which the series was met, “Games of Thrones” was often criticized for depicting extreme violence and scenes of a sexual nature.

Related: GOT: Who was the true heir to Tommen’s Iron Throne (was it Cersei)?

In an interview with Variety, Williams was asked if she found the filming of “Game of Thrones” traumatic. The interviewer noted that Turner had talked about her trauma from filming violent scenes, and asked if Williams felt the same way. Williams replied that she did not find the nature of the violence traumatic during the filming of “Game of Thrones.” Check out her statement below:

I didn’t find the scenes I shot in Game of Thrones and the nature of the violence and the obsession with this list of names she wants to kill—I didn’t necessarily find it traumatic. . I think I’ve just discovered, you know, growth — well, I won’t even say that. I didn’t find these scenes traumatic.

Her response is very different from the feelings that Turner recently expressed. Turner was just 15 years old when she first started acting in Game of Thrones. Throughout the series, Turner’s character Sansa Stark was often at the center of particularly heartbreaking scenes featuring controversial sexual abuse. Given her young age, she was not fully aware of the heavy and gloomy nature of the scenes she was shooting. However, she believes she will have more trauma symptoms in the future. Although Williams didn’t explain why she didn’t find the shoot traumatic, thankfully she wasn’t affected by the heavy content of the show.

Both Turner and Williams were exceptionally young when they first started filming Game of Thrones. Although they both had different experiences, it is still doubtful that minors were involved in such a graphic series. Both of them were not allowed to have particularly mature scenes until they were 18 years old. However, 18-year-olds are still not old enough to be assigned to act out scenes of sexual violence. Of course, actors and actresses usually handle dark and heavy content in different ways, so it’s understandable that Turner and Williams had different experiences. Fortunately, Williams also confirmed that all the actors of “Game of Thrones” are still in touch with each other and hopefully will be able to provide support and help each other understand their individual experiences in the series.

Well, it looks like the WB still hasn’t realized its mistake...