Home Celebrity The Main Character Replies To The E-Mail Address Appearing In The Series... 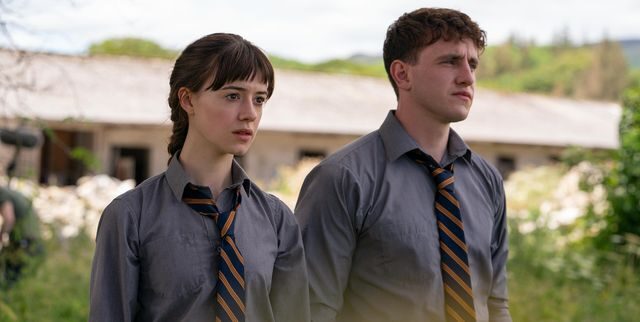 The Normal People series, which started broadcasting recently, came to the agenda with a very interesting event. The two people who decided to mail to the e-mail address seen in one scene of the series received an answer from their main character, Connell Waldron.

Adapted from the best-selling novel by Irish writer Sally Rooney, in partnership with BBC-Hulu, the Normal People series recently appeared before the audience. Bringing the complex relationship between Marianne and Connell, who live in a small town in Ireland, with impressive storytelling and fiction, the series received full marks from viewers and critics.

Two people who watched Normal People and were very impressed decided to send an e-mail to an e-mail address seen on one scene of the series. According to Filmloverss, Smith, who was thinking about his old relationships while watching a section where Connell had a problem expressing his feelings towards Marianne, wanted to write a message when he saw Connell’s e-mail address.

The Normal People series prepared in partnership with BBC-Hulu was adapted from Sally Rooney’s novel of the same name
Smith, in a message he wrote that he was aware that he could not get a response, advised Connell to express his feelings about Marianne without fear and not to keep his experiences in it. Smith shared his message on his Twitter account when he saw that his e-mail address was thought to be unreal, and he saw that he corresponded with the character of Connell Waldron.

The e-mail from the character Connell to Smith says: “Thank you for your e-mail, my friend. You are right, I acted like a complete fool against Marianne. I feel like I am making the same mistake over and over again, but I am not confident that I will not hurt her again. And I feel like I don’t have control over my feelings. i think. sometimes we talk but i never felt so far away from it ”

The series starring Paul Mescal and Daisy Edgar-Jones
Describing this incident to her friend Michaela Dwyer, Smith encouraged her to write an email to Connell. Dwyer, who sent a message to his email address like his friend, told Connell how much he liked the silver necklace he always wore. Connell, who did not leave this message unanswered, wrote in his message that his mother gifted him the necklace when he was 10 years old.

Two friends, Travis Smith and Michaela Dwyer, wrote to Connell Waldron’s e-mail and the reply they received
On the other hand, it is not known who actually sent these messages to Smith and Dwyer, but the predictions are that he was written by a person in the scenario team of Normal People because of his command of the characters. Of course, all this email traffic is quite likely to be a PR study. The series, starring Paul Mescal and Daisy Edgar-Jones, was watched by 16.2 million people in the first week of the BBC’s digital broadcast platform iPlayer.

Locations fans would like to see in a spin-off of the...