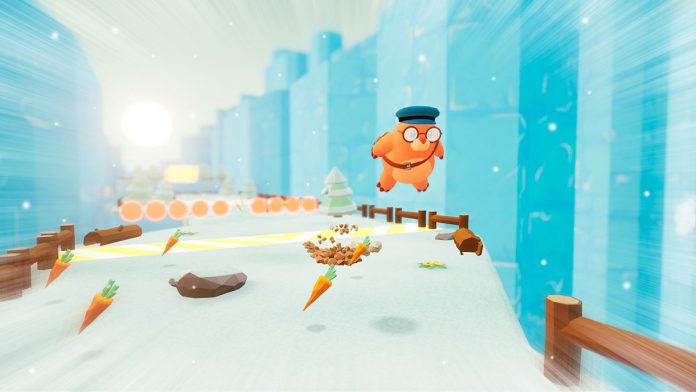 The game stars a postman mole, who will have to deliver his letters in a 3D platformer title. Sam Porter Bridges allowed us to become couriers in the post-apocalyptic world of Death Stranding, Hideo Kojima’s most recent work.

More carefree is the universe created by the Spanish studio Talpa Games, which offers us a fun 3D platform in which we will manage a postman mole. The title, which will go on sale on PS4, Xbox One, Nintendo Switch and PC (backward compatible on Xbox Series X, Xbox Series S and PS5), already has a confirmed release date: it will be next March 4 when we can enjoy the video game .

Mail Mole is defined as a 3D platform in which there is no place for emails. After a general blackout, the only way to solve the problem is traditional mail. Molty, the postman mole, will have to overcome numerous challenges to reach the most remote mailboxes in Carrotland. Among the scenarios and obstacles that we will find will be the floating docks, the quicksand, dangerous sharp spikes and bottomless wells. Without electricity, delivery is even more complicated.

According to the press release, the world of Carrotland is full of surprises to discover, whether on the quiet beaches of Coconut Island or on the cold crags of Yeti Ridge. Whatever the dangers, Molty must deliver his letters, face the mysterious Mecha Topos and find the many collectibles scattered around the world. In total, more than 30 levels full of secrets and adventures. In addition to making deliveries, Molty will have to collect carrots and other objects.

Mail Mole is the First Feature of Talpa Games, a development studio spun out of the university that has partnered with Undercoders, responsible for titles like Conga Master and SuperEpic: The Entertainment War. Inspired by the classics of the genre, the developers will try to reach a wide audience of all ages.

Elon Musk: We Must Settle on Mars before World War III

The features of the flagship iQOO Z5 are starting to become...