Home Entertainment Magnum P.I. Actors’ Reaction to the Fact that NBC Saved Them in... 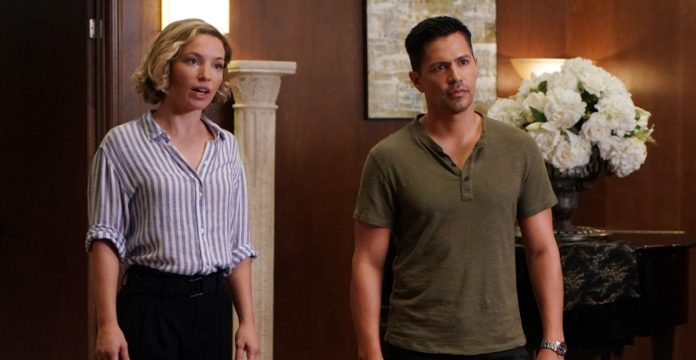 The cast of Magnum P.I. reboot shared their reaction to the fact that the show was filmed on the new network. Magnum PI, a crime series set in Hawaii, originally starred Tom Selleck and aired on CBS for eight seasons from 1980 to 1988. Exactly three decades after the show ceased, the network relaunched the series. The star of “Suicide Squad” Jay Hernandez in the title role. The cast of the series also includes Zachary Knighton, Amy Hill, Stephen Hill, Tim Kang and British actress Perdita Weeks. Throughout all four seasons, the show also frequently overlapped with the Hawaii Five-0 reboot.

Magnum P.I. The season 4 finale “Close to Home” aired on May 6, 2022. Although the show was a ratings success, it was abruptly cancelled the same month due to CBS and NBC Universal failing to agree on retaining the rights. The show remained in limbo for almost two months before it was announced that NBC would pick up the series, extending it for seasons 5 and 6 of ten episodes.

Related: Everything We Know About the League of Their Own Reboot Show

Today, Magnum P.I. actors took to social media to celebrate the good news. Hernandez posted a tweet noting the show’s roundabout path to renewal, thanking NBC and fans before saying, “It’s time to dust off the Aloha shirt!” Stephen Hill also shared a sweet message, writing “love you so much” in Hawaiian. Weeks posted a photo of her on Instagram in vacation clothes with the inscription “went to see Ohana.” Meanwhile, Amy Hill and Knighton also thanked the “amazing” fans, saying they were “everything.”

If the exchange for NBC can maintain the ratings of the CBS series, the show could last as many seasons as the original Magnum PI. If so, the cast will gain a foothold in the mass consciousness and potentially become just as iconic. to today’s TV landscape, like Tom Selleck to the 1980s. While shows and the ways to access them are becoming more and more fragmented, a presence on a major network still allows these actors to reach a wide audience across the country.

It looks like the Magnum P.I. cast has gotten closer, as everyone sounds genuinely excited about returning to the series. Fortunately, this particular transfer of power was quick and fairly painless compared to other canceled series that were picked up by other networks, such as Netflix’s revival of Arrested Development seven years after its cancellation. This cast is lucky, and they certainly know about it and generously express their gratitude.

The farthest frontier: how to make iron bars