Home Entertainment Magneto proves that he could have killed Professor X at any time... 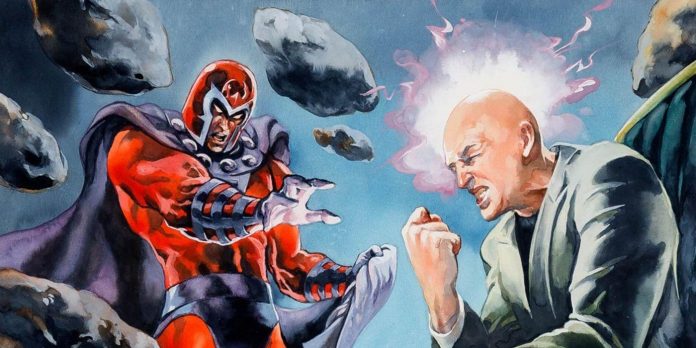 Magneto had just proved that he could kill the X-Men’s leader, Professor X, any time he wanted. Charles Xavier and Magneto have a long and well-established history. The friendship between them dates back decades, as each was one of the first mutants the other encountered. Unfortunately, they chose very different paths, which eventually led them to conflict.

Xavier’s dream was an example of the coexistence of mutants and humans, mutants and humans living side by side. On the contrary, Magneto imagined a world in which mutants were supreme, living in peace because humanity was enslaved. The two have quarreled many times—Xavier even erased Magneto’s mind in the classic “Fatal Attraction” storyline—but they have recently found peace. They lived together for a while on the living island of Krakoa. In “X-Men Red #3” by Al Ewing and Stefano Caselli, Magneto reveals that he could have killed Professor X any time he wanted.

Related: The X-Men Officially Abandon the Codename of the Original Team Member

X-Men Red #3 sees Magneto confront an Omega-level Arakka mutant named Tarn the Indifferent. Tarn has the ability to manipulate the genes of other mutants, which makes him a terrifying threat in combat, but Magneto knows how to block such abilities. He realizes that Tarn’s powers are of a psionic nature, and renders him powerless by dropping his own telepathy-blocking helmet on Tarn’s head. He then kills the evil mutant by using his magnetic powers to crush his head with a helmet. The strategy is smart, and it could be used against any telepath.

Magneto has never been known for restraint, but it seems he has been restraining himself all these years. This is especially noteworthy considering that Professor X himself lacked such restraint when he unleashed all his power against his nemesis on so many different occasions. He may consider himself lucky that he never found himself with a Magneto helmet on his head blocking his powers, because he would be defenseless against the forces of the Master of Magnetism. It is likely, of course, that Magneto’s strategy against Tarn is inspired by the plans he was going to use against Professor X in the past.

Magneto decides to use only one helmet in his battle against Tarn, knowing that his opponent’s powers are already broken and he will not be able to use his powers when the duel begins. But he could have confronted Professor X in a completely different way by making a duplicate helmet to protect himself when he approaches his old friend. Instead, however, he uses only one helmet-and for protection purposes, to keep telepaths away from his mind. At the same time, Magneto proves that he is a much better person than Professor X and the X-Men ever imagined.