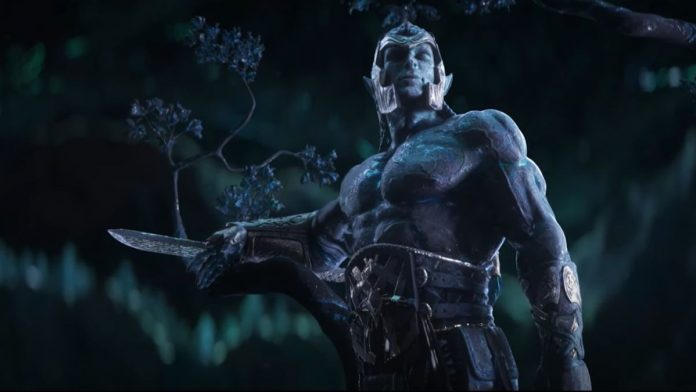 We tested Magic: The Gathering Kaldheim, the new collection of cards inspired by Norse mythology from the mythical Wizard of the coast game.

The new Magic: The Gathering card collection, Kaldheim, has already been presented, and this brings new features to its virtual version, Magic: The Gathering Arena, which is updated with this new expansion inspired by Norse mythology. We have been able to test it in early access and we bring you the playable news of this title, which will undoubtedly not leave you indifferent.

Wizard of the Coast are very given to taking care of all the details, and one of the things that catches our attention is the new image of the cards, whose borders are inspired by Nordic art. It goes without saying that this type of frame is not available on all cards, but it is one of the aesthetic novelties that shows the player the delicacy of the collection, in some even, you can see a snake or a dragon engraved on the frames of the cards. cards.

In Kaldheim we released two very useful mechanics: Prophesy and Boast. These completely change the methodology of the game, we must take them into account when creating our deck and including them will give us a strategic advantage that until now we did not have.

On the one hand, we have to prophesy, this ability allows us to exile a card for only two colorless mana, this means that we can pay it with mana of any color, and cast it in a later turn for its prophesy cost, a cost that as you can imagine, it is less than the normal cost of the card in question. Prophesying is very useful in those games in which we have very expensive cards in hand in the first turns or it is not enough to draw that card that we have so much desire to play, what we will do is prophesy it and draw it in the next turn or when we just have to pay it. Prophesied cards also get rid of some spell effects such as: target player discards from their hand or target player shows their hand.

Apple gets a new patent for the port