Home Entertainment Magic: Legends, impressions. In the footsteps of Diablo 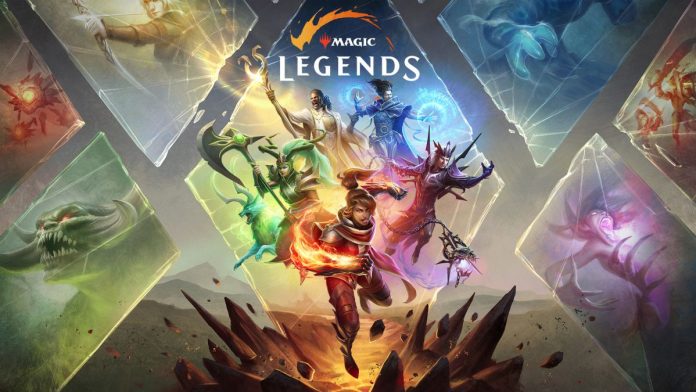 The complex universe of Magic: The Gathering moves to an action RPG where strategy and deck building are the key to battle.

It was 1993 when Richard Garfield, a mathematician from Philadelphia, revolutionized board and card games with a work that would envelop players: Magic: The Gathering. Garfield wanted to play Dungeons & Dragons, but unable to access the game, he decided to design his own version of it in the form of cards. A rich and elaborate universe, a system in which not only luck was enough, but also a strategic mind. Magic has brought multiple generations together over the years, and has become the protagonist of various tournaments. In digital entertainment we also enjoy its own version, as well as titles such as Magic The Gathering Arena and Artifact. Crytic Studios and Perfect World Entertainment will soon launch Magic: Legends for PC, Xbox One and PS4 and will offer us an open beta to immerse ourselves in their online world. In MeriStation we have played some of their missions and we have tried a couple of classes, so today we bring you a first bite of a promising RPG.

Magic: Legends is an isometric-view action RPG with real-time combat. Tiffany Chu, one of the game’s developers, was accompanying us during the game while she told us about different aspects of the game. Based on the strategy title Wizards of the Coast and Magic: The Gathering, Legends allows a great customization of our character through decks of cards. With different specialization trees, we will select cards with special abilities and invocations that will provide us with very dynamic combats and in which we will have to apply some mental agility to resolve the situation. Throughout the game, we will collect spells and new cards with which we will build our deck, always taking into consideration what is the best that works for our style of play.

Our character is a planeswalker with whom we will cross different dimensions of the Multiverse. We can choose gender, class and physical aspect, although we could not delve into this last aspect. During our game, we tested a necromancer and a sanctifier. The first is capable of raising hordes of the dead in her service, and attacks with various spells with which she gains good control of the area and enemies at a distance. Invocations of hordes are essential to keep us alive, and the red and white deck, with goblins as protagonists, was very useful.

On the other hand, the sanctifier and her electricity spells were also very affordable for us. In this class, it is vital to keep your distance and not be sparing when using invocations to our advantage. Angels and paladins can be very empowered, as well as spells in which we heal allies and damage enemies that are in a short area. Also, we note that we will also have available the classes of geomancer, caller of beasts and mental mage.