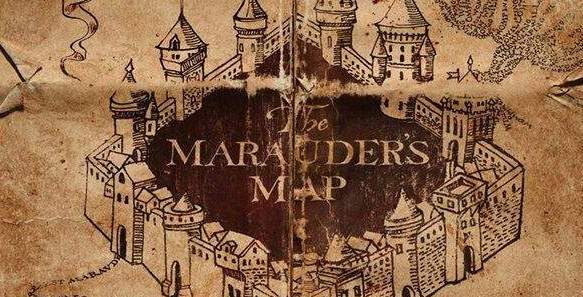 A few days ago it was revealed that the cast of Harry Potter would reintroduce you to his magical world, as some actors will create sessions to read chapters of his books.

But it seems that the magical powers and artifacts of the saga can adapt you to real life and not only exist in literature, in the face of the pandemic, some users have been inspired by Hogwarts and its characters to create masks with the Marauder’s Map.

Tik Tok has become one of the most popular apps currently, thousands of videos go viral thanks to the ingenuity of the users, therefore, a Potterhead named Stephanie Hook created her own mouth mask using her magic wand.

The girl shared a video on the platform where she boasts a black face mask, dressed in her Gryffindor scarf and with her wand, turning the fabric into the map that the James Potter gang used to cross secret passageways of the school and evade their enemies, it shows you the location of everyone inside Hogwarts

The magic of the mask is simple: the temperature and the air that does not exhale when breathing does the trick, apparently it is made of heat sensitive thermal fabric.

Inspired by one of the coolest elements ever, in times of coronavirus, this face mask does the same as the Protego Totalum spell.

Son of Brazil President Banned from Twitch for Coronavirus Interpretation