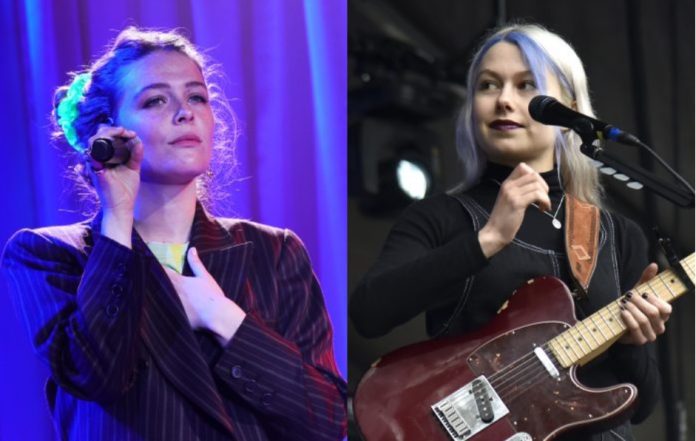 The couple has raised more than £65,000 for the Brigid Alliance.

Maggie Rogers and Phoebe Bridgers have re-released their cover of the Goo Goo Dolls song “Iris” to raise money for the Brigid Alliance, an abortion rights charity.

On Friday, both Rogers and Bridgers announced that their 1998 version of the breakthrough track Goo Goo Dolls would be available on Bandcamp again within 24 hours, with all proceeds going to Brigid Alliance.

“Pay as much as you want,” the artists wrote in a joint post on Instagram. “Everything goes to the Brigid Alliance, an organization that helps provide travel, food, housing and child care assistance for people seeking an abortion.”

This is due to the fact that midterm elections will be held in the United States next week (November 8). “The future of reproductive health is on the ballot in this midterm election. Damn VOTE,” the post continued.

Yesterday, Bridgers and Rogers confirmed that another 18,000 people had downloaded the song, raising over £65,000.

“This is amazing, thank you so much for your support,” the Brigid Alliance said. “All funds raised under this project will go to support people forced to travel long distances for abortion treatment, which has increased dramatically since the June decision of the Supreme Court.”

Initially, their version of “Iris” was released in honor of Trump’s loss in the last presidential election, and the proceeds went to the benefit of Stacey Abrams “Fair Fight”, an organization promoting fair elections in Georgia and throughout the country.

Speaking about the collaboration, Rogers said, “Bridgers understands the culture, and with Iris, I just followed her example.”

“It was a weird, wild inside joke that everyone else somehow got into. It’s funny to know a friend so well, but then when an artist sees her in the studio… seeing her work, everything makes sense.”

In the summer, Maggie Rogers and Rina Sawayama joined Phoebe Bridgers on the Latitude Festival stage to perform accompaniment on the final set of “I Know The End”.

Sharing a photo of the trio backstage, Rogers called them “your new favorite band.”

Maggie Rogers is currently touring the UK in support of her second album, Surrender, and Phoebe Bridgers is scheduled to perform at Wembley Arena next month as part of a concert version of Tim Burton’s The Nightmare Before Christmas.

After that, Bridgers has to support Taylor Swift at several concerts at stadiums in North America.