Home Entertainment MAFS: Justin and Alexis reveal they Matched up on Dating App 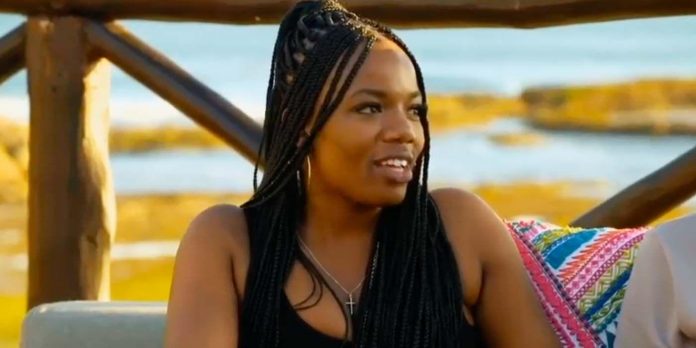 In the exclusive “Married at First Sight” video, Justin and Alexis told other couples that they recognized each other walking down the aisle, which meant that they weren’t actually married at first sight. In her interview during the wedding, Alexis admitted that when she first saw Justin, she wasn’t sure if he was her type. Alexis has previously rejected three offers, so she has a history of leaving first. However, his personality quickly won her over. Now that everyone discovers that this was not their first meeting, it becomes more logical that Alexis had a superficial first impression.

In the series, Justin’s family described him as a “funny, charismatic and cool character” who is not afraid to reveal his emotions and actively communicate. When Alexis found out that she would share him with his dog, she squealed with enthusiasm because of their mutual love for fluffy babies. Alexis’ family described her as an “absolute powerhouse” who loves fashion, is creative and confident enough to make casts of the vagina in her spare time. Justin and Alexis had one of the strongest chemistry (and the biggest smiles) of all the MAFS couples in San Diego.

While the couple hinted at a coincidence on the Hinge before the wedding, they told everyone else the details of their story on the beach in Mexico, according to an exclusive preview from KineticTV. Alexis said she was thrilled that he was tall and felt “he looked a little familiar,” but kept walking. She then admitted that they matched up on Hinge but never went on a date, saying, “So we probably could have gotten married four months ago if I had answered.” Stasia commented that it could have been fate that pushed Alexis to something new.

Justin noted that he was lucky to get a second chance, and he was completely fascinated by his new wife. Alexis added: “It’s crazy that he’s so perfect. I almost missed the greatest event that has ever happened in my life.” Justin and Alexis can be perfect for each other. It’s amazing to think that people can miss a meeting with their soulmate, not daring to finish the job. Alexis is far from the only one who has become the ghost of one of her online dating, but perhaps this is a lesson for everyone that will encourage them to look for potential connections.

“Married at first sight” is pushing people to what they want and need. Alexis immediately fell in love with Justin, although she wasn’t sure about him when they met online. Nothing went wrong then, but now Justin and Alexis may have found the kind of love that lasts a lifetime.

Far Cry 6: Where To Buy The Game, Price And Editions