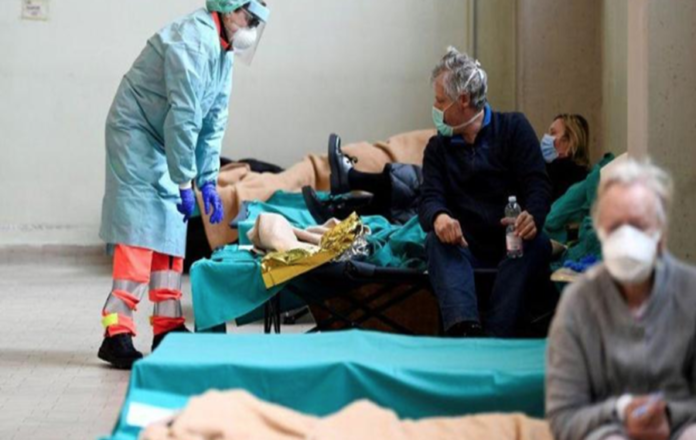 In Italy, which has been experiencing difficult economic times due to the coronavirus, the mafia has started to help people in need. The opposing politicians who are not satisfied with the situation said that if a solution is not found, the mafia will take over.

Italy, which is one of the countries most affected by coronavirus, has recently started to control the number of cases. Although there is a gradual decrease in the number of cases, it is not possible to say the same thing for the country’s economy, since there has been almost no production in the country for more than 2 months.

In Italy, where millions of people are unable to go to work because of the virus, the government is facing great difficulties in bringing aid to everyone. When the government was insufficient in the country, the expected aid began to come from other places. According to the DHA, the mafia in the country took action to prevent the country’s economy from getting worse.

‘Mafia will take over if no better measures are taken’
The mafia members, who started to work in regions that are not economically in good condition such as Campania, Calabria, Sicily and Puglia, started to provide food and money aid by identifying the people who have run out of money in these cities one by one. “If there is no better measure, the mafia will take over,” said Italian politicians, who warned the government after the situation.

Nicola Gratteri, who works at the Catanzaro Prosecutor’s Office in the Calabria region in the south of the country, said, “For more than a month, cafes, shops and restaurants have been closed. Millions of people have not earned income for more than a month and do not know when they can start working again. “will be able to take control of the people with the service they provide to people”.

What’s the latest in Italy?
In Italy, where more than 3 million people were unemployed, coronavirus took a total of 18,279 lives. On the other hand, with the latest data coming, the number of confirmed cases across the country increased to 143,626. At this point, Italy; While it is the third country where the most coronavirus cases are detected after the USA and Spain, it ranks first among the countries with the most deaths due to coronavirus.