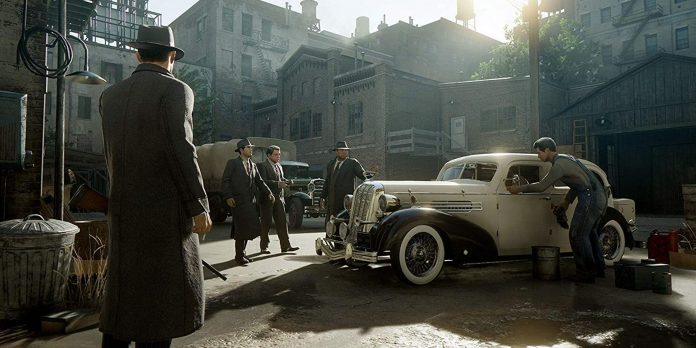 Recently, the Mafia franchise turned 20 years old. As part of a special interview with developer Hangar 13, a subsidiary of 2K Games that is working on Mafia games, the team confirmed that the next part of the franchise is in the early stages of development. One of the latest games was a remake of the original Mafia game, released in 2020. The Mafia franchise mainly focuses on life inside the mafia at various stages of history. From the original game and its remake, which takes place in 1930, to the last game in chronological order Mafia 3, which takes place in 1968.

Mafia 3, although recognized as a financial success for 2K games, divided the opinions of critics and fans due to the repetitive game cycle and various bugs disrupting the game. Even though it still contained some memorable characters, it seemed to have moved a little away from the strong, closely intertwined narrative of the two previous games, paying more attention to the freedom of the player. At the moment, there are almost no details about the next part of the series, but if the new game in the Mafia franchise is really Mafia 4, it should return the series to its origins, telling exciting stories with compelling characters.

The power of the mafia has always been in its storytelling

There is something in the daily life of the mafia that has always fascinated people. Realistic (and some unrealistic) depictions of these gangsters have been brought to life over the years in media such as films and television. The Godfather, widely regarded as one of the greatest films of all time, may have started this craze when it was released in 1972 and received universal acclaim, and the trend has continued ever since.

Despite the fact that life in the mafia seems like an excellent preparation for a video game, this genre has not yet been studied in depth. Favorites such as Grand Theft Auto and Saints Row have decided to include mafia versions in their games, which the player will often work with or against, instead of basing their games specifically on a member of the Italian mafia. However, the Mafia franchise is an exception to this rule, as the first two games focus on Cosa Nostra.

The original Mafia game and its 2020 remake focused on Tommy Angelo, a 1930s Illinois taxi driver who ended up in the wrong place at the wrong time, which is why he became involved in the fictional Salieri crime clan. During the game, the players witnessed how Tommy turned from a hapless taxi driver into a high-ranking member of the Salieri family with more money and respect than he could have imagined. “Mafia” tells an incredible story full of plot twists and heartbreaking scenes that would be appropriate in a Martin Scorsese picture. Gameplay is not the strongest side of the demo: the shooting is a bit clumsy, and the minute-by-minute gameplay is a bit mundane, but the strength of the Mafia narrative is such that these problems seem much less annoying than usual. .

Mafia 2 builds on much of what was well done in the first game. The setting of the 1940s and 50s was brilliantly brought to life, with cars, costumes and characters completely matching the source material. This time the main character was Vito Scaletta, a war veteran whose friendship with the treacherous Joe Barbaro led to him eventually becoming a member of the Clemente crime clan. Again, Mafia 2 creates believable characters, ranging from dialogues and accents, ending with the decisions they make and their motives. His gameplay is imperfect again, but the players are very passionate about the plot, so the shortcomings of the gameplay can not be noticed.

Mafia 3 represents a change of pace for the franchise

The release of Mafia 3 in 2017 led to the franchise moving away from the narrow linear narrative that it became known for, in favor of an open world that allowed players to explore it in almost any order. After a strong start, when the main character Lincoln Clay and his friends were betrayed by the mafia, players are given the choice to conquer the world the way they like. Despite the fact that the game still contained several strong characters and an intriguing aesthetic of the late 1960s, the story suffered because of this, and the nature of the game meant that many players were bored with its repetitive structure long before the end credits began.

Mafia 3 was by no means a bad game; in fact, its gameplay was much stronger than that of its predecessors. However, it suffered from bad, formulaic missions and a huge open world that was filled with copies of the same enemies and identical buildings scattered all over the map. Mafia has proven that this is a series in which they are able to create attractive, believable characters with well-written main characters of video games. Both Mafia and its sequel do not waste time, quickly involving the player in the narrative.

Rock continues to make cute gestures after being invited to a...

Moon Knight, From Secondary In The Comic To Star Of The...