Home Sport Madrid and Barça already know the price of Haland: it is priced... 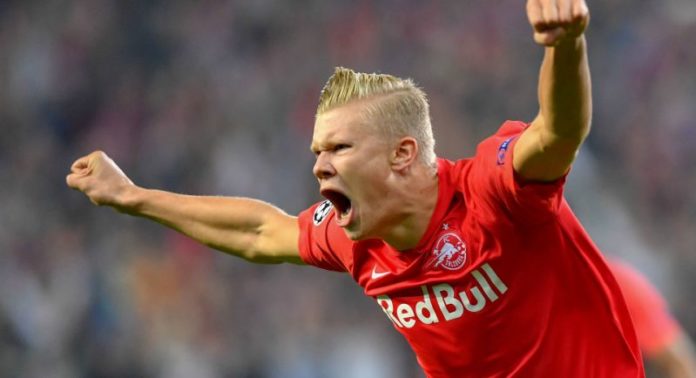 Erling Haland could be one of the big names in the transfer market. Much has been written about the interest of Real Madrid and FC Barcelona in the player, but right now everything seems to inflict that far from approaching any of those clubs, the striker moves further and further away.

The Norwegian striker’s season and his 26 goals at this point in the course have triggered his price, to the point that Red Bull Salzburg has put a crack price on him. It does not have a termination clause, but they are asking for a dummy: 100 million euros.

That is the amount that the Austrian club is beginning to slip to middlemen and large European clubs that are probing the signing of Haland. According to the journalist Carlos Forjanes in the newspaper AS, Manchester United is the club that is moving stronger to convince Haland. It is not the first time that United polls the Norwegian, but it is that now their situation is quite delicate in the Premier and that could encourage them to move the market. Ole Gunnar Soljskaer, technician of the “red devils”, would like the signing of his compatriot Haland, to reinforce the attack and that could strengthen the line formed by James, Rashford and Martial.

However, both Haland and his father, apart from his agent Mino Raiola, are very clear that they do not want to leave Salzburg to sign for clubs that do not give him minutes. Among other things, that is precisely why they have not yet opened the door of Real Madrid or FC Barcelona. Teams that have really powerful strikers and where the competition for Haland would be fierce. It seems complicated that Haland is encouraged to go to Madrid watching what is happening with Jovic, who has no minutes for the presence of Benzema, knowing that he should also fight a position with players like Hazard, Bale or Rodrygo. And it seems even more remote that you may want to arrive in Barcelona, ​​always having Messi, Suarez, Griezmann or Dembele ahead.

The fact is that, as the newspaper AS notes, the player has a contract until 2023 and has no termination clause. but his great season has got his club off the hook with a prohibitive amount by the striker. They ask for 100 million euros to let him go. Among other things, because the Austrian club has options to win the Europa League if it continues to have Haland until the end of the season. The message is clear: if you want to take away Haland, you already know the price.