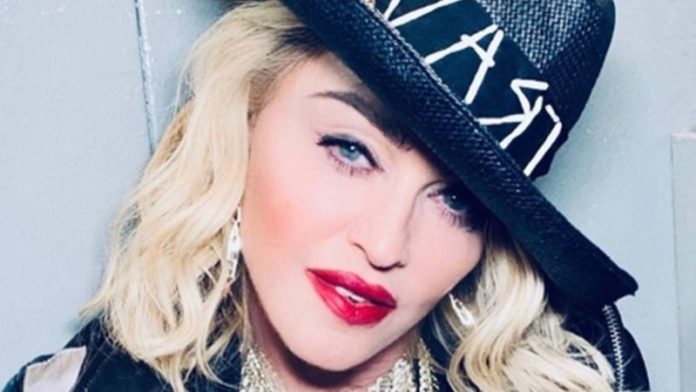 Shocking! Madonna and a viral video that shocked her fans “How bad is it?”
The diva has had to cancel several concerts due to her complex state of health.

The Queen of Pop has not had her best start of the year. Although her ‘Madame X Tour’ has been a total success, she has been forced to suspend a couple of shows and has her fans worried.

Just a few days ago Madonna herself spread a video on her social networks, where she showed her current state of health and shocked everyone!

This is a recording in which the 61-year-old artist is observed climbing stairs, accompanied by her staff and using a cane to keep her balance.

The famous blonde , apparently, has suffered from pain in her joints, especially in the legs and hip, which has made it difficult to make her latest presentations.

The filming shared by the singer already exceeds one million reproductions and set off the alarms among her fans, who soon reacted.

“How strong! With what this woman had been!”, “My mother, if she can’t even walk!”, “How bad is she?” Some netizens have commented.

Despite the terrifying picture, the interpreter of ‘Hung Up’ uploaded a new publication in which she announced that on Thursday night she would return to the stage.