Home Celebrity Madonna sees Lil Nas X in the audience of her show and... 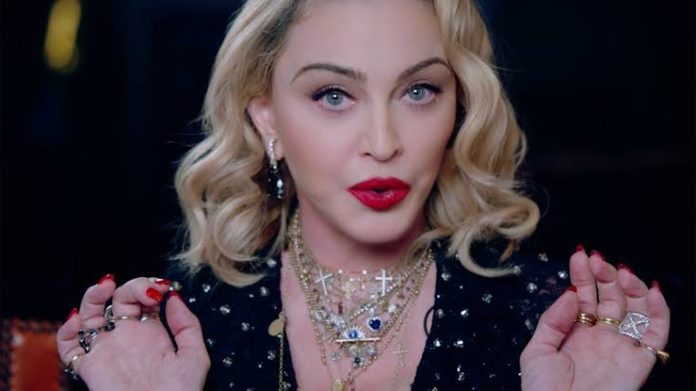 Madonna welcomed rapper Lil Nas X of “Old Town Road” to the audience of her show “Madame X” in Los Angeles on Monday (11/26). When she learned that he was sitting in the theater audience, the Pop Queen came down to talk to him. He sat next to him, chatted and even sang a bit of “Old Town Road” with him.

Lil Nas X said he was very honored to be in the presence of a legend and that this was the most wonderful show he had ever seen. Madonna, meanwhile, said she has a horse ranch in New York and invited him to visit. See the video:

The “Madame X Tour” is totally unlike anything Madonna has ever done before: it is a more intimate show, performed in small theaters to the demand of its audience. She debuted the format in New York on September 17 and has taken it to Chicago, San Francisco and Las Vegas. The season in Los Angeles, with nine shows, ended this week. Until December, Madonna tours the United States and next year goes to European theaters.