Home Celebrity Madonna has suggested that she is a gay in a new Tik... 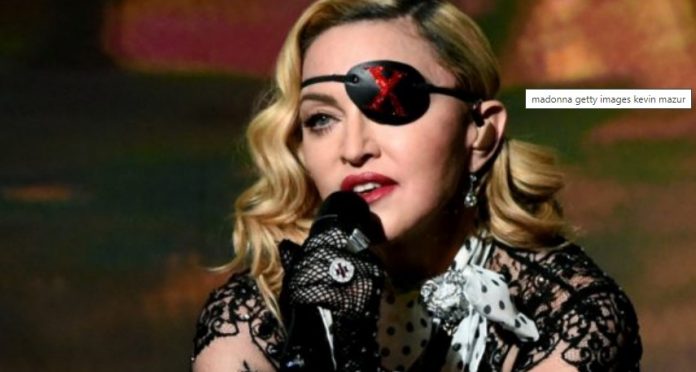 The pop music icon has participated in the current trend on the platform where users declare that they are gay, depending on whether they can successfully score a goal or not.

In a post published on Sunday (October 9), Madonna holds a piece of pink underwear in her hands. “If I miss, I’m gay!” reads the inscription on the screen. Then the singer crumples her panties and throws them in the trash.

But the star misses, abruptly throws up his hand and leaves.

Many fans are now speculating about whether Madonna came out or just took part in a popular online craze. You can watch the video below.

As Page Six notes, in 1996 Madonna had a romantic relationship with model Jenny Shimizu.

In a 1991 interview with Advocate , she said: “I think everyone has a bisexual nature. That’s my theory. I could be wrong.”

Earlier this year, the pop star broke up with her recent boyfriend, choreographer Ahlamalik Williams, after a three-year relationship.

Last December, she teased that new music could be released in 2022 by sharing a photo of her recording vocals in the studio. “It’s so great to be back in the studio and making music again,” she captioned a post on social media, promising “surprises [so in the original] in the New Year.”

In the summer, Madonna announced that she had no plans to sell her extensive back catalogue, as many well-known bands have done in recent years. “Property is everything, isn’t it?” she said.

Jin celebrates his 8th anniversary as a K-pop artist