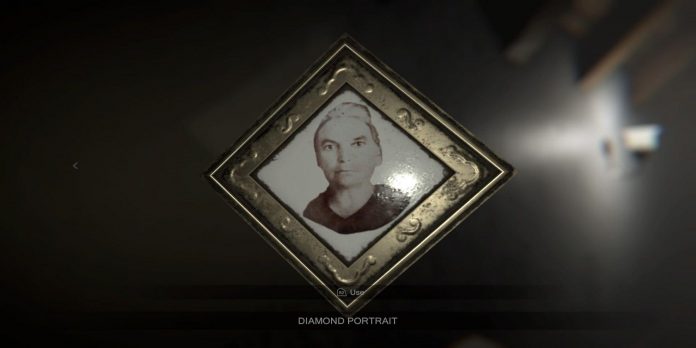 Where to find all the pictures How to solve a mathematical portrait puzzle
MADiSON has some devilish puzzles to balance the intense horror scenery set around the haunted house. Despite hints of nightmarish creatures lurking in the dark, players may be puzzled by the dumb numbering needed to advance further.
In the attic, you need to collect four paintings and put them back on the wall in the correct order. However, solving this puzzle is something more than matching the contours of each image frame, as well as avoiding Madison’s terrifying fears.
link: Will Hideo Kojima’s Project Overdose be a horror game?
All four pictures can be obtained by going through a little research, but their location changes with each passage. The solution to the puzzle changes between playthroughs, but the concept is always the same, so players should definitely read each step and not try to copy the links to the images.

Where to find all the pictures

Square portrait: already found on one of the walls in the attic. It is important to remember that it can move depending on your progress, but it will always be on the wall and ready to solve the puzzle, so it does not need to be placed in inventory until a certain moment.
Diamond Portrait: A diamond portrait can also be found in the attic by the bed frame. It is hidden next to the table on the left side at the entrance and has a written message on the back. To save space in the inventory, players are advised to take it only after all four portraits are found.
Heart Key: To go further and find two other portraits, take the Heart Key hanging on the corner beam. This key can be used to open the grandparents’ room in the next corridor, as evidenced by the black and white image of two people hanging on the door.
RELATED: Old Horror Video Games That Were Terrifying (But Need a Remake Today)
A hexagonal portrait can be found inside this room, but it cannot be unlocked until later. Taking a picture of the eye-catching sliding wall, you will see its location, which can be unlocked by placing all the medallions in the correct order.
Round portrait: Once in the grandparents’ room, interacting with a large wardrobe to the left of the double bed, you will find a stack of slides with photos. The path to the round portrait is behind the creepy statue (as indicated in the medallion puzzle solving guide).
Behind the slide projector is Grandpa’s study; inside this room you can find a round portrait on the wall used for the puzzle in the attic. Green and red safes can also be found in this room, but they cannot be opened at this stage of the game.
Hexagonal portrait: As you can see above, the fourth and last portrait can be obtained by collecting all three medallions and placing them in a diorama in the room of the grandparents. As soon as the correct order is used, the door will slide off. Players will need a hammer to remove the wooden planks barricading the door.
After the image is captured, quickly open the hatch that has just opened to reveal another important props for the plot. Some creepy events will happen after studying the medallion, so be on the lookout for flickering lights and moving statues.
RELATED TO: MADiSON: Puzzle Guide (How to Unlock Padlocks)
How to solve a mathematical portrait puzzle
As soon as all four portraits are received, return to the attic. Along the way, players can catch a glimpse of Madison in the statue’s niche, but she cannot attack the player. Once upstairs, players can use the instant camera to take pictures of the empty figures on the wall that show the number in the photos.
Several hints were provided to point the players in the right direction, such as a sudden TV broadcast and a visible number when you look through a hole in the wall in the attic. Both clues reveal the number 43, which adds a lot of context to the note in the attic picture about “adding and subtracting” age.
The age written on each picture frame will need to be added or subtracted from the hidden numbers on the wall. Thus, each portrait must be returned to the place for the portrait, so that there are a total of 43 of them. The numbers and their positions will change between playthroughs, but here’s a quick numerical guide for players:
Square portrait = 5, place on the hidden number 38 (5 + 38 = 43).
Diamond portrait = 56, place on the hidden number 13 (56 – 13 = 43)
Round portrait = 33, place on the hidden number 10 (33 + 10 = 43).
Hexagonal portrait = 68, put on the hidden number 25 (68 – 25 = 43)
The light in the attic should start flickering when all the portraits are placed correctly. After this challenging horror puzzle, players can explore the hole in the attic wall again, which will lead them to the next creepy place.
MADiSON is available on Nintendo Switch, PC, PS4, PS5, Xbox One and Xbox Series X/S.