Home Entertainment MADiSON: how to solve the elevator puzzle 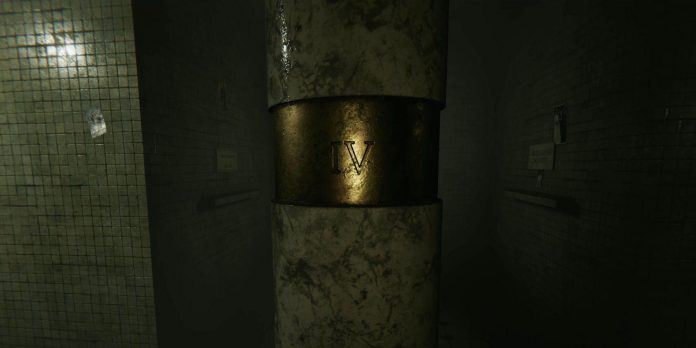 When the front door to MADiSON opens, a new puzzle will appear in which Luca must use his hammer and camera to rotate the column on each floor that the elevator leads to. There are five floors with a column in the center, and players will need to use the lower four to move the upper column so that all points are facing the mirror. To do this, the columns on the lower floors need to be deployed so that the correct Roman numeral is facing the right victim Madison Hale.

Unfortunately, there aren’t many clues that indicate how the elevator puzzle in the mausoleum is solved, but it’s pretty simple if you understand the mechanics. While walking through the floors of the mausoleum, a voice will be played through the loudspeaker, telling in detail about the murders committed by Madison Hale, but most of the information is not needed to solve the puzzle. The identity or age of the victims are the only clues needed to complete the mausoleum and move from the elevator puzzle to MADiSON.

There are four victims to find, starting from the first floor and going up in ascending order when Madison Hale killed them. One of the main clues worth paying attention to is that each of the victims died in 1987. On the lower floor, a looped voice from a loudspeaker will explain that the first victim was Madison’s father, so Luca needs to find Richard Hale. The victims are always the same, but their position on each floor will be random. From the first to the fourth floor, the victims are Richard Hale, Judith Hale, Drake Fletcher and Lynn Jamie.

To turn the columns into the correct position, Luke needs to photograph the victims of Madison Hale on each floor so that the engraved Roman numeral corresponding to the floor on which he is located points to the correct coffin. Some coffins are hidden, so to solve this puzzle in MADiSON, players will need to use a hammer to break tiles. Then Luca can look through the hole in the wall to see the coffin. Once the correct coffins are exposed, it remains only to photograph all the victims in order to turn the columns.

There are three victims on each floor to investigate, so the right one will be in one of these places. However, the exact location is determined randomly with each playthrough, but this is the only piece of the puzzle that changes. Richard, Judith, Derek and Lynn will always be on the same floors, Roman numerals always correspond to the floor number, and pictures can be taken in any order. After photographing the coffins of all four victims, Luka can go up to the fifth floor and find that all the points on the column are facing the mirror. Luca can take a picture of the mirror so that it falls to open the Key to the Clock, after which the mystery of the mausoleum elevator will be solved in MADiSON.

Snowdrop: When Does The Drama With BLACKPINK’s Jisoo Premiere On JTBC?