Home Entertainment Madison: how to get the trophy / achievement “Blue Knees” 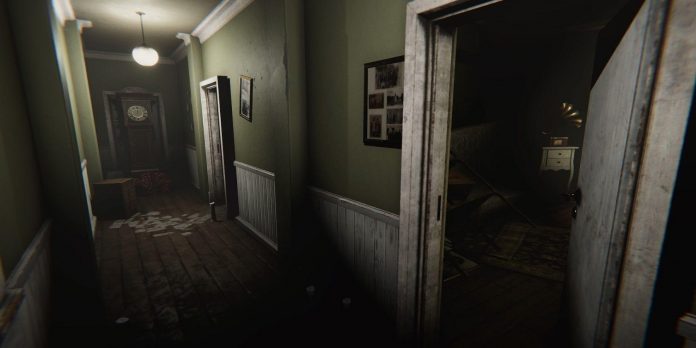 Blue Knees explained how to find the Blue Knees clue

The psychological horror from the first person MADiSON contains many elements designed to penetrate the player’s consciousness and drive him out of himself. There are a lot of monsters in an intense environment that are trying to attack the player, but certain hints are given early on before the players even see them.

One of the monsters in MADiSON is called Blue Knees, which appears near the end of the game (with the exception of a few short screeners). However, there is one trophy/achievement that is easy to miss, hinting at the presence of Blue Knees.

Blue Knees were featured in one of the MADiSON game trailers, designated as one of the game’s enemies with a sinister presence aimed at the player. Now that the game is finally out, players will be able to experience the real horror surrounding the elements of psychological horror. “Blue Knees” don’t often appear in MADiSON early on, but they earn their screen time by using subtle music and screeners to sell a horror movie.

Along with the Blue Knees, other monsters can attack the player unexpectedly. Another flesh-like creature taunts Luka in the house and in other hidden places, trying to break his mind. In the end, whether Luka survives at night or not depends on him.

How to find the “Blue Knees” hint

At the beginning of the game, Luka sneaks into his grandfather’s house and tries to explore the building. Suddenly, the electricity goes out, and Luke has to run a generator in the basement, after which he restricts free movement around the house. Some rooms are inaccessible for research, but one room hides a little coveted secret.

Inside the bathroom, which can be accessed in two ways next to the stairs to the basement, a mirror is visible on the wall.

As seen above, interacting with the mirror and then turning it 180 degrees, you will discover a hidden message on the back that reads: “BLUE KNEES ARE REAL.” After successful completion, a trophy/achievement will appear.

By finding this clue, players will find more parts of the house to explore. The following MADiSON puzzles are somewhat diabolical, but more guides are available to point players in the right direction if they get stuck.

Welcome to Plattville: The transformation of Kim Platt’s style in photos