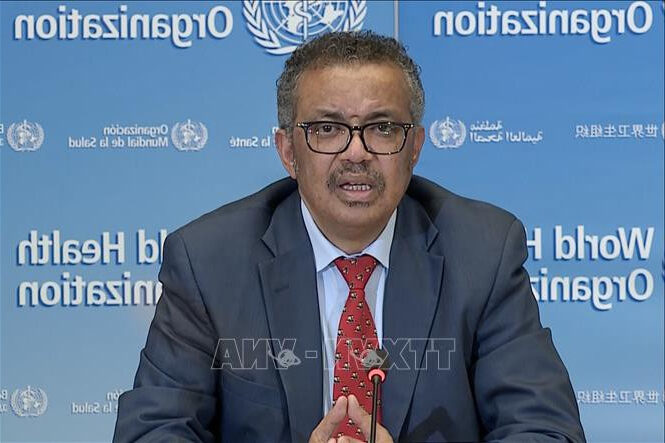 The World Health Organization has confirmed that it is wrong to re-infect healing patients in South Korea recently. The organization said that older patients whose coronavirus test was positive again actually removed parts of their lungs as part of the healing process.

The World Health Organization (WHO), which constantly makes new statements about the coronavirus outbreak, made a statement about the patients who overcame the disease and the tests were positive again. Speaking to AFP, WHO stated that the reason for a positive test result in patients who have eaten the coronavirus is not because of infection, but because of dead cells in the lungs.

South Korean health officials reported that more than 100 cases were re-coronavirus in April. Making a statement similar to WHO’s explanation later, South Korea explained that the positive tests in these patients were due to dead parts.

WHO said in a statement, without mentioning the statement of South Korea, “We are aware that some patients’ tests are positive again after clinical recovery. As we know now – this information is based on very new data – these patients seem to be ejecting the rest of the parts that die in their lungs during recovery. ”

Sample should be collected
Stating that the samples collected so far are insufficient, the WHO spokesperson said, “We need to systematically collect samples from recovered patients to better understand how long the live virus has survived.” Many patients start forming antibodies in their body 1 week after their coronavirus is caught. Antibodies produced by an individual with a strong immune system can fight the virus and win against COVID-19.

In an interview with WHO recently given to the BBC, the infectious disease epidemiologist Mânia Van Kerhove in the Health Emergency Program put forward the “dead cell” scenario. “As the lung heals, parts of the lung that are dead cells appear. These are actually lung pieces that are positive in the test, ”said Kerhove, noting that this is not an infectious virus, but just a part of the lung’s self-healing process.