Home Entertainment Maddy pregnant with a boy, she reveals new photos of her impressive... 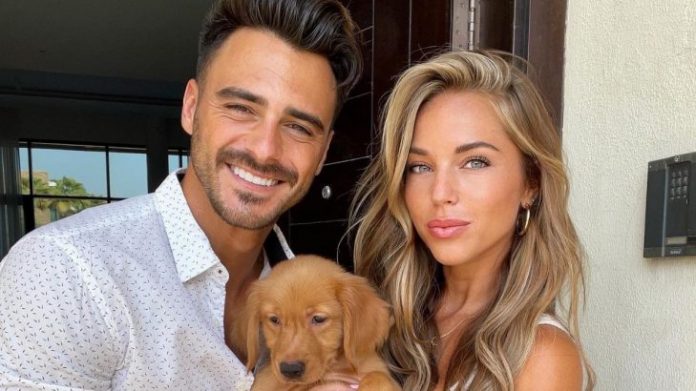 Maddy has just unveiled new photos of her baby bump. Clichés appreciated by Internet users that you can find in this article.
Maddy is in her third trimester and it’s starting to get harder and harder for her. If she still has the peach, the young woman feels that her baby is starting to weigh. His belly pulls him more and more. And recently, she had an appointment for her third ultrasound. A moment she was looking forward to, but was disappointed with. On her social networks, she confided: “I do not hide from you that it was quite expeditious. Me who was too excited about this meeting… It’s true that in Dubai they really take the time. I had stayed 1h30 when I had my big ultrasound of the second trimester. She showed me everything, explained everything in detail. She had really tried to try to have the face of the baby (…) There, it was a bit hasty. So a little disappointed. But the main thing is that baby is fine.

In the process, she explained that she would go see her gynecologist as soon as she returned to Dubai. She said, “I’m going to do the 4D images directly, I want all the details. It is true that there, really, it was super light. It lasted maybe a quarter of an hour. And frankly, with Benji we went out and we said to ourselves ‘But it’s too bad (…) The baby is doing very well, he is developing very well. He weighs 1,750 kg. I am at 32 weeks so it is a small baby which is in the norm, but which is not going to be huge (…) Logically, if all goes well, I will certainly not give birth vaginally”.

And Maddy wants to enjoy every moment of her pregnancy, so she takes a lot of pictures. And on her Instagram account, she has just unveiled new pictures of her baby bump which is more and more imposing. And the publication of the pretty blonde quickly reacted to Internet users. The latter were very numerous to find that the pregnancy was going to delight him. On the side of the comments, as on the side of the likes, it is a rain of compliments and a wave of love that Maddy received!

Scott Disick and Kimberly Stewart Meet after Romance Rumors: They are...