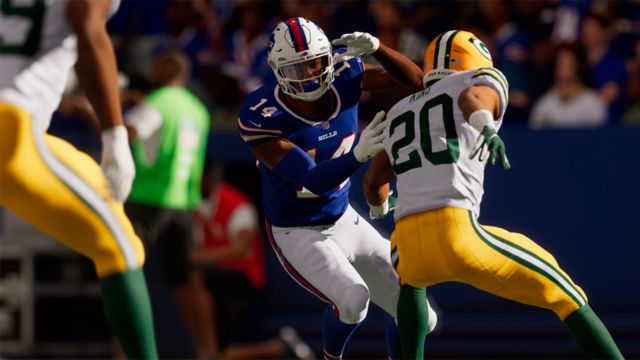 NFL 22: Electronic Arts and EA Tiburon present the new installment of their American football simulator with the first details and a video preview of its gameplay. EA SPORTS Maden NFL 22 is Now a Reality; This has been announced by those responsible, Electronic Arts and EA Tiburon, sharing a first trailer with gameplay and the first details of a new installment that will arrive on PC (Origin and Steam), PS4, Xbox One, PS5, Xbox Series and Google Stadia on next August 20 around the world. In addition, it is confirmed that Tom Brady and Patrick Mahomes are chosen for the cover of a title that promises “innovation throughout the game with the new Dynamic Gameday that improves playability in all modes.”

“Madden NFL 22 takes advantage of the power of the next generation consoles to offer the energy, emotion and unpredictability of the NFL through the new Dynamic Gameday” or Dynamic Game Day, explain those responsible, a new feature made up of three variants different, such as atmosphere, inertia and statistics, giving importance to the context of each match, the stands and the setting and directly influencing the performance of the players.

On the other hand, from EA ensures that the franchise mode will receive important news this year with more depth in the management of the technical team and the skill tree, with “a weekly game strategy complete with a renewed season engine that keeps things going fresh every week. The franchise will also continue to see improvements throughout the year through multiple updates to the live service. ”

“Last year we had more players than ever at Madden and we are looking forward to bringing a new experience to Madden NFL 22 that will be more emotional, authentic and realistic with Dynamic Gameday enhancing gameplay throughout the game,” said Seann Graddy, Executive Producer of Madden. NFL 22. “We always collect feedback from our players to improve Madden NFL with each edition and in real time with our live service throughout the year. We will continue that focus this year, including redoubling our commitment to the Franchise, maintaining the momentum we started in Madden NFL 21, delivering more of the most requested Franchise features both at launch and throughout the season. responsible.

Between this June and next July, EA will share more Madden NFL 22 news through different sections. Madden NFL 22 will be available on August 20 on PC (Origin and Steam), PS4, Xbox One, PS5, Xbox Series and Google Stadia.