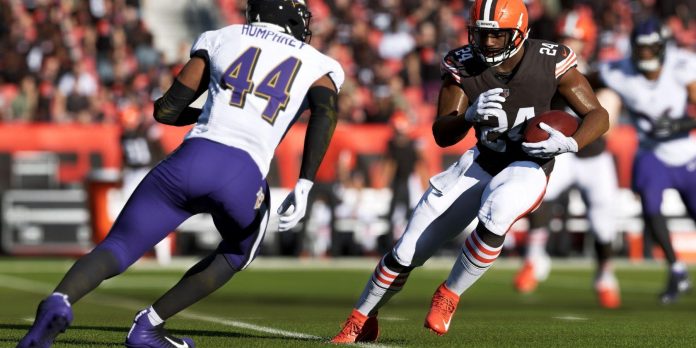 When Madden 23 comes out in a couple of weeks, it will be the 42nd installment of the popular NFL football video game. Although it’s incredible how long the franchise has been around, fans complain that it’s outdated. Madden has been making incremental improvements over the past few years, but there haven’t been any drastic improvements in almost a decade. Competitors have come and gone, but none of them has ever been able to compete with Madden in terms of the high level of gameplay and EA’s huge budget.

One area where Madden 23 can improve significantly is the players’ progress in the season. In Madden franchise mode, the goal is to create a team that can win the Super Bowl both in the first season and maintain this success for several seasons. Teams can win the Lombardi Trophy by signing, trading, and selecting the best available players, but like in the real NFL, none of this matters if fans can’t improve on players already on the team. Whether fans are playing alone or online with friends, player progress is the key to sustained success in Madden, which is why its current setup is so disappointing.

Currently, player progress is based almost exclusively on game results. If the players show good results and gain statistics, they get bonuses to the characteristics and improve. However, this has absolutely nothing to do with how improvement takes place in real football, nor with how other sports games have made their training systems. Although there is some progress during the season, football fans know that real improvements happen in practice. The cover star of Madden 23, coach John Madden, has always advocated the importance of practice, and the game bearing his name should do that too.

Madden’s badge level system can also be improved through a better balance of practice. Madden gives some high-ranking players Superstar X-Factor badges, which give them abilities that exceed the capabilities of other players, even with the maximum characteristics. The best abilities of Madden Superstar X-Factor can completely change the game. In the initial season of the franchise mode, X-Factors are determined by EA and assigned based on the players’ real game results. However, as fans move into future seasons, players can earn X-Factor badges that seemingly have nothing to do with their games. For example, Jalen Ramsey can earn the X-Factor “Run Stuffer”, despite the fact that he is an extreme defender who never defends.

To be fair, Madden has tried to improve training in franchise mode in the past, but these efforts seem half done to appease fans. However, Madden has a fine line to walk. Fans don’t want to spend so much time training that it’s painful for them to get to Sunday night games, but there must be ways to help players invest more in player progress. In its current version, Madden buffs can significantly improve the player by simply sending him spam games. Plays don’t even have to be successful; the more a player touches the ball, the more experience he will earn.

As much as EA wanted Ultimate Team, filled with microtransactions, to become Madden’s signature game mode, the franchise mode was and probably always will be what keeps fans buying the game year after year. If Madden wants to stay among the top sports video games, it’s time for EA Sports to radically improve the franchise mode, starting with player progress.