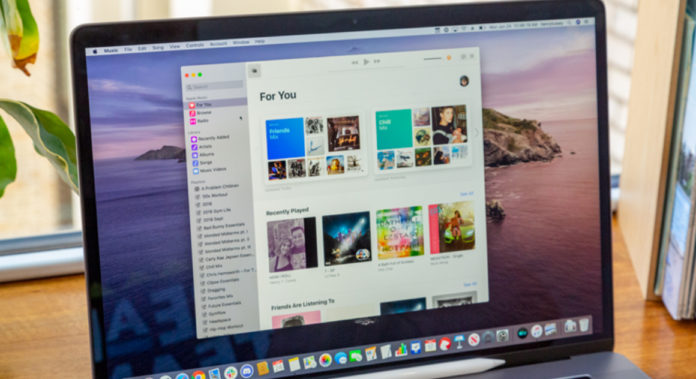 While Apple’s iOS 13.4 and watchOS 6.2 updates continued to be discussed, we announced to you that updates were released on other devices at the same time. MacOS Catalina 10.15.4 released for Mac computers is very important.

Catalina 10.15.4, the fourth update of macOS Catalina, released in October, offers many innovations, from communication restriction to moving the cursor with iCloud Drive folder sharing and head movements.

Update for macOS Catalina 10.15.4 released
Mac owners can now share folders by accessing iCloud Drive via Finder. Optionally, only certain people can access the shared folders, or anyone who has the link can access it.

The Communication Restriction feature, which came to iPhone models with iOS 13.3, came to Mac. Parents can control who can communicate with children, who can get access, and control over video clips.

Supporting Netflix HDR playback on compatible computers, the update offers universal purchasing support. In this way, it is possible to purchase an application once and use it with iPhone, iPod touch, iPad, Mac and Apple TV.

One of the remarkable features is the head-controlled cursor preference, which allows you to move the cursor on the screen according to head movements. This feature, which is available under the accessibility category, has already been the subject of discussion.

Tinder warned its users of the coronavirus risks

Fortnite: We Humans and More Than One Vote

Hatik is pleased to collaborate with Elams at “La Vida”!

Kim Kardashian and Kanye West: Why their couple has not always...

Cameras under the screen can arrive on phones with Snapdragon 875

Launch over 60 free demos on Xbox One