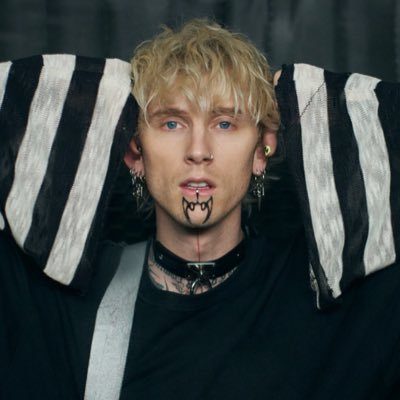 “At the end of the day, man, we’re young people trying to find our place in the world and figure it out, and it doesn’t really help when you have a million different voices tearing you apart or telling you ‘You’re doing this wrong,'” Kelly said Wednesday on SiriusXM’s Howard Stern show.

“We’re all just figuring it out, man. This is life,” he continued. “We love everyone, man. We have so much love. It’s almost like if we need to be vessels for people’s anger, then so be it. That must be why we’re here. I really hope they can feel our spirit and see that we love you.”

As for how Kelly feels about Davidson’s relationship with West’s ex-wife, Kim Kardashian, he’s very excited.

West, 44, terrorized the 28-year-old star of the Saturday Night Live show for weeks with his art and on Instagram before he was blocked from the app earlier this month. In his song “Eazy”, he said he wanted to “kick Pete Davidson’s ass” and also released a music video in which a version of the Claymation comic was forcibly abducted and buried alive.

It got to the point that the 41-year-old Kardashian had to publicly beg West to stop this farce, because she feared for Davidson’s safety.

However, Kardashian called the accusation false, writing on social media: “Please stop this story, you were here this morning to take the kids to school.”

West was finally kicked off Instagram after he posted a racist insult to Trevor Noah, who called him on “The Daily Show” for his abusive behavior towards the Kardashians.

Davidson remained largely silent during the ordeal, although he texted West that he was “in bed with [his] wife.” And while West tried to present Davidson as a bad guy, the “King of Staten Island” star revealed that he tried to contact the rapper to solve their problems in secret from the public.

West has remained silent on social media since the temporary ban… at least for now.

Davidson and Kardashian have been dating since October 2021. She filed for divorce from West in February 2021 and was officially declared unmarried earlier this month.

Was Ragnar Lothbrok a true king?